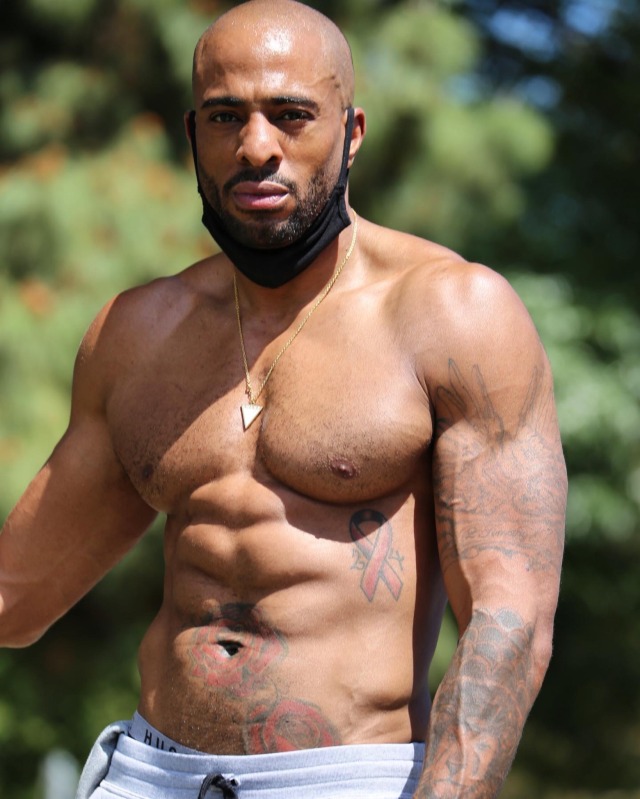 Model/Fitness Trainer King Agu Sexuality Is Questioned, Is He Gay?

Entrepreneur, fitness expert, and fashion model Agu Ukaogo, also known as “King Agu” from the short-lived Bravo show ‘Invite Only Cabo’, is yet again finding himself on the lips of many online fans, who are eager to confirm his sexual orientation.

Tall, dark and handsome, Agu is an incorrigible flirt and can’t say no when a woman throws herself his way. Back home, he is Larry’s wingman and is always up for a night on the town, Bravo networks described Agu.

He was seen on the Bravo show, sharing a kiss with Kamani and fans are in an uproar online, questioning whether Agu is straight, gay or bisexual.

Although he is eager to settle down and start a family, the Nigerian-American allegedly finds himself stuck enticing his old behaviour, as he has become popular on the adult website onlyfans, where he posts X-rated videos and pictures of himself.

One online fan had this to say about Agu, “SMH… What can I say except when I read that Agu was GAY and had an open relationship and had an Only Fans that he was actively promoting and accepting. I was TERRIBLY disappointed. Why? Because I thought he was one of the last remaining guy on IG that everybody loves but are guessing on his sexuality. The privacy, the UNKNOWN was what made him SEXY. And he blew it for me when I read his relationship was canonized on SOCIAL MEDIA..”

King Agu has yet to make an official statement but he is called on social media, sexually fluid and partakes at the sexual buffet.

Here’s a clip of him featured on Bravo’s Invite Only Cabo: