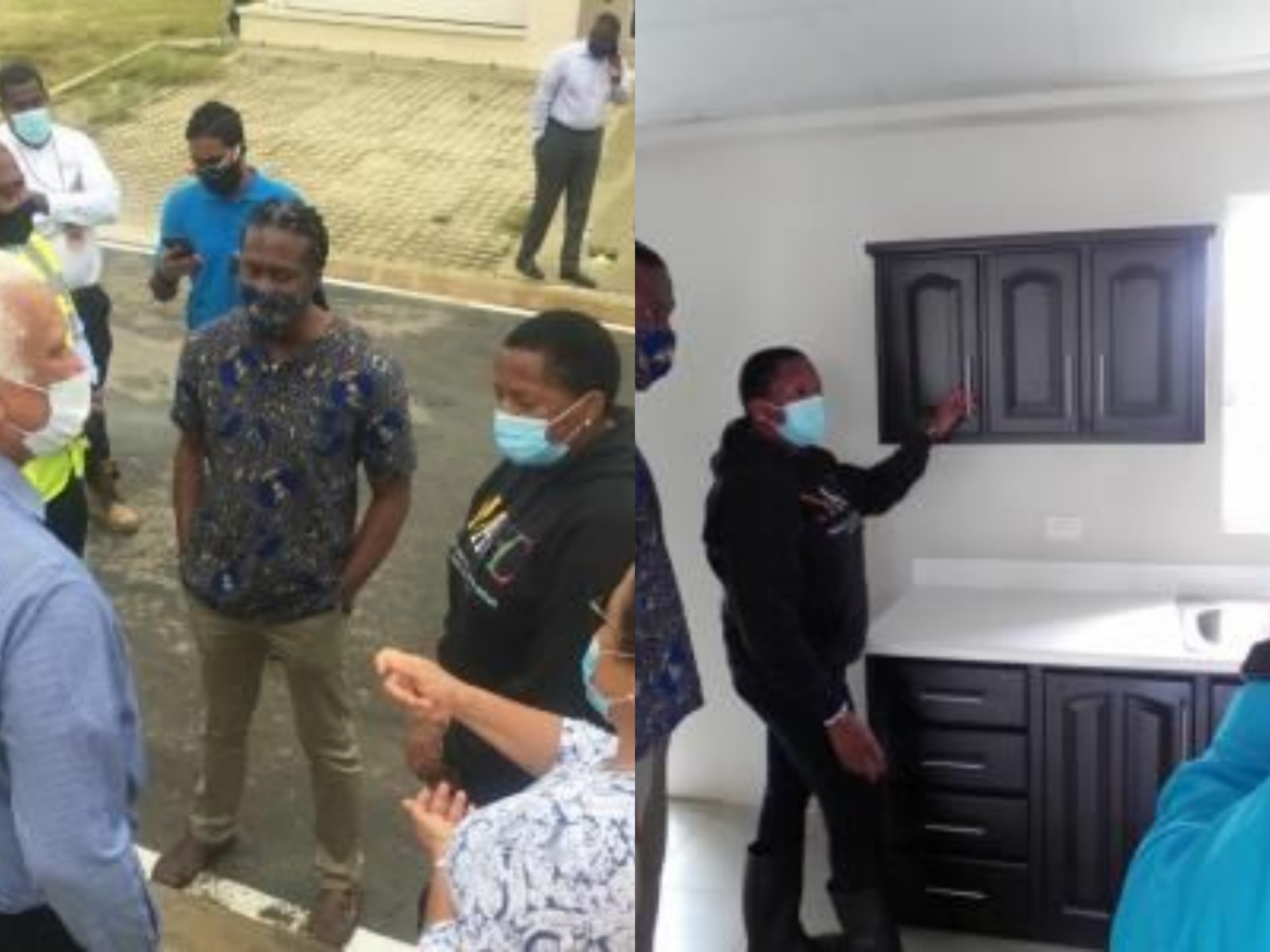 Housing and Urban Development Minister, Pennelope Beckles and Minister in the Ministry Adrian Leonce, recently toured several work sites under the remit of the Land Settlement Agency and the Housing Development Corporation in south, central and east Trinidad.

The Ministers were accompanied by Ms. Nirmala Ramlogan, Permanent Secretary (Actg) Ministry of Housing and Urban Development, Chairman and CEO of the Land Settlement Agency, Chairman and Managing Director of the Housing Development Corporation, and other officials from the Ministry, LSA and the HDC.

The tour started off at approximately 9:30 am at Glenroy II, Princes Town which is one of the sites identified for the Petrotrin Residential Lots Programme. This was followed by La Romain II, in La Romain, Ponderosa in Golconda and Embacadere in San Fernando. These sites are expected to yield approximately 800 residential lots for construction of affordable owner-occupied homes. The Attorney General and Minister of Legal Affairs and Member of Parliament for San Fernando West, the Honourable Faris Al Rawi joined his cabinet colleagues during the tour of the Embacadere site, which is within his constituency.

The tour continued with visits to active HDC construction sites including Riverside North, Corinth, in San Fernando which is expected to provide a yield of 102 3/bedroom, 2/bathroom townhouse units. Twenty-two of the units are being constructed utilizing a Public Private Partnership arrangement. Other project sites included Harmony Hall, Marabella and Real Spring Park, Valsayn South (which was a previously stalled development) and are being constructed under the Infrastructural Development Fund. These two developments will yield 102 Townhouses and 408 Mixed family Units (SFU, T/Houses and Apartments) respectively. All of the units will have a three bedroom/two-bathroom configuration except for one hundred and forty-four apartments being constructed at Real Springs, Valsayn which will have a two bedroom/one-bathroom configuration. Finally, Pioneer Drive, Mt. Hope and Edinburgh South, Chaguanas which are projects being built under the Small and Medium Contractors Housing Initiative. These projects will yield ten townhouses and twenty-three single family units respectively.

The assessment of these and other projects under the housing portfolio will provide the Ministers with an understanding to inform future decision making if the Ministry is to realize its goal of constructing 25,000 housing units over the next ten (10) years.