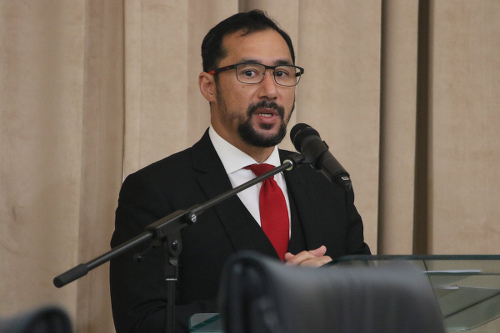 The Venezuelan migrants controversy intensified last night as one hundred and sixty (160) more Venezuelan nationals who arrived in this country illegally were yesterday deported to their home country by the Ministry of National Security.

The Ministry of National Security issued a news release last night that these latest deportations were carried out in conjunction with the Venezuelan authorities and in compliance with the laws of Trinidad and Tobago.

The release stated: “The Ministry of National Security remains resolute in upholding the laws of the Republic of Trinidad and Tobago and in fulfilment of Government policy,” the release said.

The release also stated: “While the Government acknowledges that there may be personal views surrounding the illegal entry into Trinidad and Tobago by persons, the Government, through the Ministry of National Security and other arms of the State, will continue to apply the law and do all that it reasonably can to secure the borders and prevent illegal entry into Trinidad and Tobago,”.

Minister of National Security Stuart Young and the government have been forced to defend the deportation of illigal Venezuelan migrants including children in the past week after local and International condemnation.

The Ministry said that measures, including the closure of the borders, are now being taken to protect “the health and safety of our citizens and those who reside legally in Trinidad and Tobago”.

This latest statement followed an earlier court hearing before Justice Avason Quinlan-Williams, during which the judge ordered that 19 Venezuelan nationals, included in the 160, were to have their deportation orders quashed and be allowed to remain in Trinidad and Tobago.

The Venezuelans were supposed to be released from the quarantine facility at the heliport in Chaguaramas and be placed under the supervision of the State, pending the outcome of their asylum applications with the Living Water Community, the implementing partner with refugee agency the UNHCR (United Nations High Commissioner for Refugees) in Tri­nidad and Tobago.

Following the deportation of the 19 people, the court issued an order compelling Minister of National Security Stuart Young to update the court on the location of the migrants by 10.30 p.m. last night.

Should he fail to do so, Young is to appear before the judge at 8 a.m. today to provide an explanation.