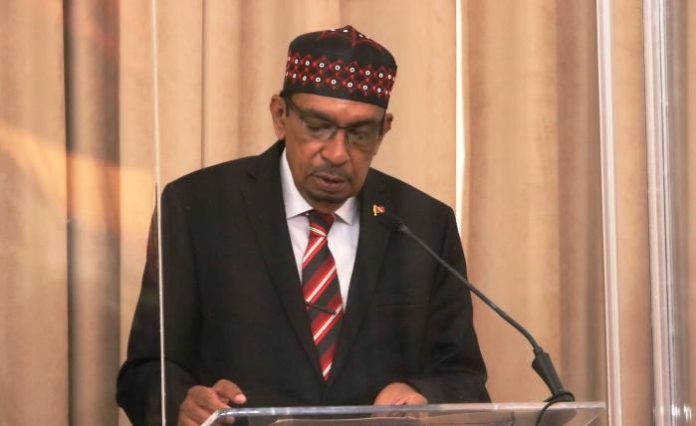 Min of Local Government: “Agencies on the ground dealing with flooding issues”

The Minister of Rural Development and Local Government Kazim Hosein says that he hit the ground running early this morning along with members of the Regional Corporation clean-up efforts began after heavy rains caused flooding yesterday.
He says that there had been many reports of flooding in areas throughout the country with recent heavy rainfall events including yesterday’s, in areas that were never prone to flooding before.
Speaking with the Power Breakfast Show this morning, he said climate change has a lot to do with the intensity of downpours being experienced.
He also said while efforts are being made to clean water courses, areas would still be inundated with flood waters despite this.

He said homes were impacted throughout the country yesterday, some members of the public were temporarily stranded and some roadways became impassable.

A thirty-five year old man lost his life in the Siparia region due to a landslide which severely impacted his home on Sunday.
Minister Hosein told the media yesterday that help will be given to the affected family.