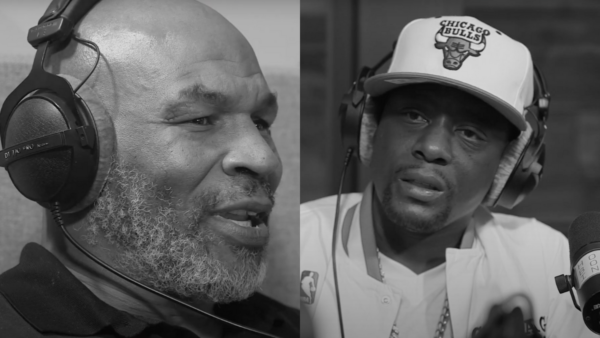 Boosie sat down with Mike Tyson and the boxing icon confronts Boosie for his criticism of a child by asking, “How do you feel about hurting other people’s feelings? You offended a lot of people, talk about gay muthaf*ckas and homos and fa**ots.” Boosie immediately agreed that he often says too much and replied, “No, a lot of times I need to shut the f*ck up. My mama got on my ass yesterday, told me I need to ‘Shut the f*ck up’. But when it be on my heart, I feel like I gotta say something.”

However, Boosie also defended himself for making comments about Wade and his transgender daughter earlier this year. He explained, “I really commented on the Dwayne Wade situation because I got offended ‘cause it’s a child.”

He further justified his comments by saying, “I felt like a child ain’t…at 12, can’t make that decision…You call him a her, that’s going too far.” Even though Mike Tyson agreed to some extent, but he said, “Who the fu*k am I to say anything? What I think don’t mean a muthafu*kin’ thing.” To which Boosie Badazz apologized directly to Wade during the interview. He said, “I shouldn’t have said that sh*t about your child.”

Boosie seemed to not have all that unsolicited commentary when Tyson posed the questions.

Many saw rapper Boosie’s criticism of Wade’s parenting ironic as he had previously admitted to hiring sex workers to perform oral sex on his underage son. However, it’s worth pointing out that Boosie says what’s on his mind. His willingness to offer up unsolicited opinions sometimes entertains his fans, but it is also a habit that has earned him a great deal of criticism.