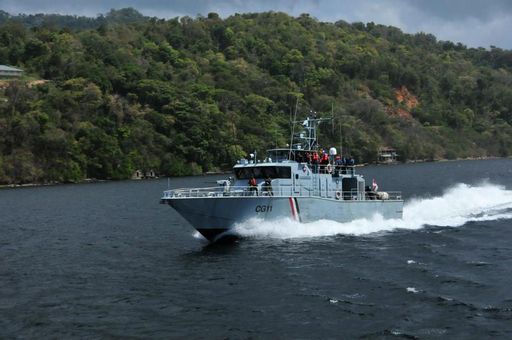 The baby of an undocumented migrant has been killed and the child’s mother wounded, following an incident with the Trinidad and Tobago Coast Guard on Saturday.

In a statement, the TTCG said the TTS Scarborough was patrolling Trinidad’s South coast just before midnight on Saturday when it detected a vessel that had crossed the border into Trinidadian waters.

The TTCG said it pursued the vessel and a ship boat was launched to assist with the interception. The TTCG said it fired warning shots as per protocol which also “proved futile”.

They said the ship boat attempted to intercept the vessel, however it engaged in “aggressive manoeuvres”, allegedly coming into contact with the TTCG ship boat and making attempts to ram it.

“The TTCG is very familiar with the catastrophic results that can occur when ramming is used as an evasive technique since twice before in the recent past Coast Guard interceptors have been rammed by suspect vessels resulting in total loss of the interceptor in one incident and major damage to the hull and interior of the other interceptor in the second incident.”

“In both incidents, the lives of the interceptor crews were put at risk since they narrowly escaped major injury and death.

“On this current occasion, the ramming effort by the suspect vessel which was larger than the ship’s boat caused its crew to fear for their lives and in self-defence, they fired at the engines of the suspect vessel in an attempt to bring it to a stop.”

The TTCG said when the vessel stopped, it was discovered that a woman was injured and her baby “unresponsive”.

The TTCG said the woman was taken to a health facility and said the remaining people will be processed by immigration authorities.

The TTCG offered condolences to the baby’s family and loved ones.