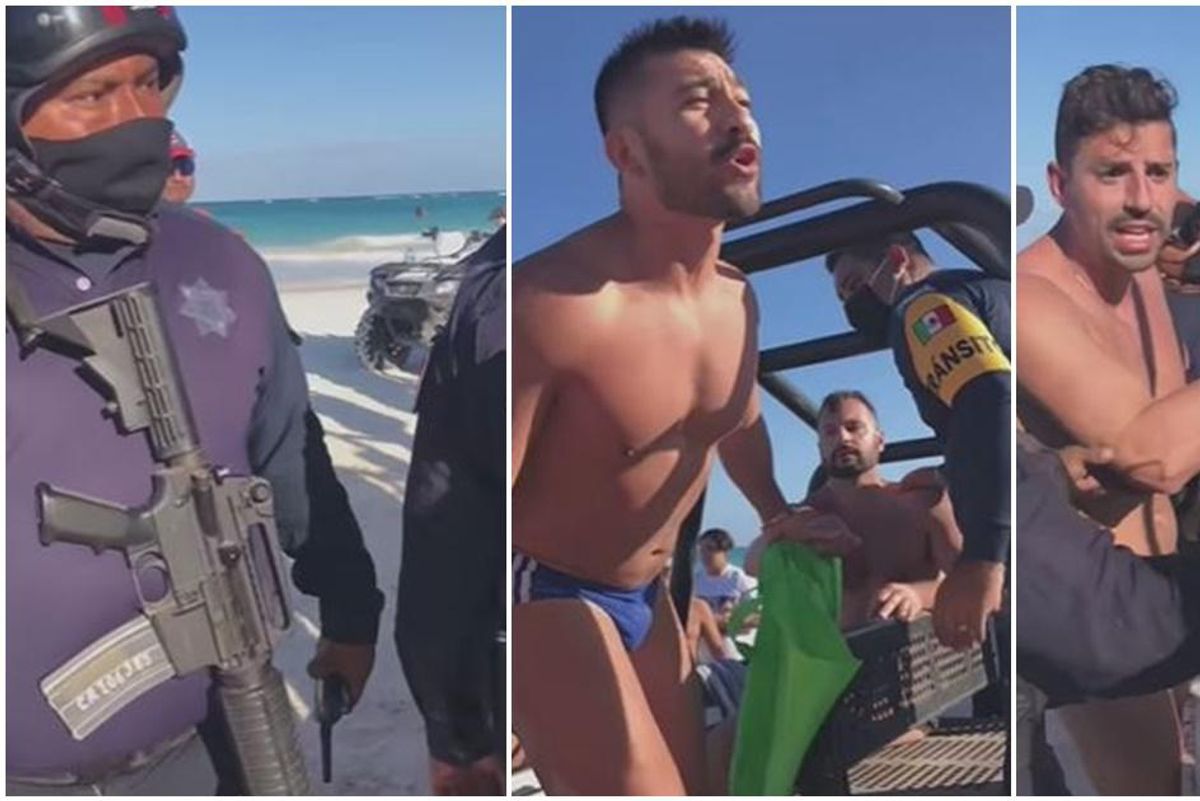 VIDEO: Gay Couple Arrested ‘For Kissing’ on Beach in Mexico

A series of videos of the incident, posted on Facebook, appear to show police ushering the couple into the back of a vehicle as a crowd of other beach goers chant “I’m gay too” in solidarity .

The two men are then released to the cheers of the crowd gathered on the beach in Tulum, Quintana Roo, on the east coast of Mexico.

“We are gay, that is why they are taking us,” one of the arrested tourists says in the video.

“They were not committing any crime, we were by their side, at no time did they do anything wrong, simply by kissing like any other couple,” Morales later wrote. “I am FURIOUS because it is not possible that in the 21st century this type of oppression against the LGBT+ community continues.”

According to Maritza Escalante Morales, who shared several videos of the incident, police told onlookers the couple were arrested because they “kissed” and that “there are families and children and they can’t watch that ”.

The two young men, who speak Spanish and English to police, were on vacation in Mexico when they were arrested. One of them can be heard saying “What the [email protected]*k is this?” To the camera, showing his handcuffs.

The men were released “within minutes,” Morales said, as beachgoers argued with police, insisting the couple were not committing a crime.

Discrimination against LGBT + people was banned in Mexico in 2003. Homosexuality is legal in Mexico and same-sex marriage has been allowed for over a decade. But that doesn’t prevent some authorities from overstepping their boundaries and threatening LGBT people.

The World Nomads tourism site, in Mexico “The culture is stronger than the printed law, and each Mexican state can override national decriminalization laws by finding ‘adjacent’ excuses — like public decency laws — for making an arrest in rare situations.”

The site urges LGBT people to be cautious about expressing public affection in the country.