The red-coloured Nissan Sylphy which was stolen from murdered retiree, Azard Ali, on Tuesday was found on Tuesday afternoon, with two men driving it. 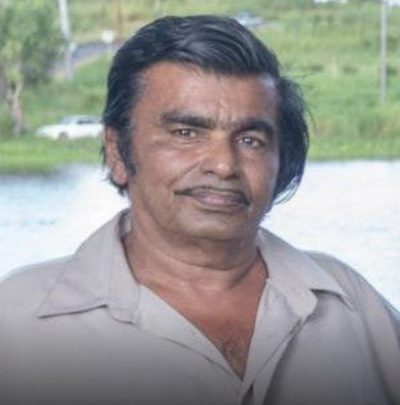 The suspects drove Ali’s car along St. Helena Village in Piarco, unaware that police from the Stolen Victim’s Unit had tracked the vehicle. At around 5:00pm, they found the men in the car near St. Helena Junction. One of the suspects, a 32-year-old man, was arrested and detained by police while the other fled the scene. Police are currently looking for him. The car was taken to the Special Evidence Recovery Unit where it will be dusted for fingerprints. Police are uncertain whether Ali’s murder was linked to the stolen vehicle. They are continuing investigations.

A Princess town family is mourning the loss of their loving father. Agard Ali who recently retired after working for more than 40 years with the Ministry of Works was murdered at home in Princes Town. The murders escaped with his his car.

Neighbors were alerted by a foul stench emanating from his home and discovered 60 year old Ali’s body. He was hog tied in his house at Mandingo Road with hands and and his mouth covered with a piece of cloth.

He had been a Supervisor three with the Ministry of Works and Transport and recently retired and was planning to relax and renovate his home.

It’s not the first time he was attacked but this time proved fatal. He was the victim of several previous home invasion his family said.

His vehicle which was a Nissan Sylphy , model license number PDU 8356 was discovered missing from the garage of the home. He was last seen cleaning the yard of his home. He was the father of three adult offspring. Police believe robbery was the motive for the murder and are continuing investigations.