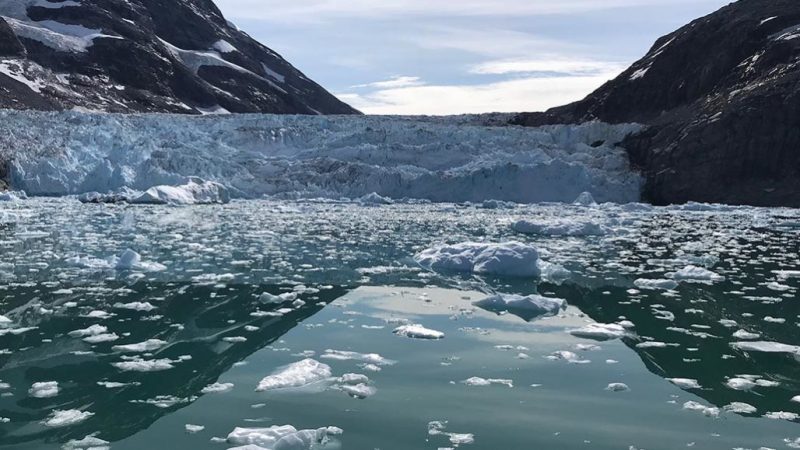 The melting of the Antarctic ice sheet will cause sea level rises of around 2.5 meters around the world, even if the objectives of the Paris agreement are reached, indicates a new investigation.

The thaw is likely to occur over a long period of time, beyond the end of this century, but it will almost certainly be irreversible, due to the way the ice sheet is likely to melt.

Even if temperatures went down again after an increase of 2º C – the temperature limit established in the Paris agreement – the ice would not return to its initial state, due to self-reinforcing mechanisms that destabilize the ice, according to the published article in the scientific journal Nature.

“The more we learn about Antarctica, the worse the predictions become,” said Anders Levermann, co-author of the article by the Potsdam Institute for Climate Impact Research, quoted by The Guardian. “We are going to have a huge sea level rise, even maintaining the Paris agreement, and a catastrophic rise if we don’t do it ”.

This layer of ice has existed in its current form for about 34 million years, but its future shape will be decided during our lives. According to Levermann, “We will be known in the future as the people who flooded New York.”

Temperatures of over 20 ° C were recorded for the first time in Antarctica earlier this year.

Jonathan Bamber, a professor of glaciology at the University of Bristol not involved in the investigation, said: “This study provides compelling evidence that even moderate climate warming has incredibly serious consequences for humanity, and those consequences grow exponentially as the temperature rises. . The rise in sea level due to the Antarctic thaw, even at 2º C, represents an existential threat to the whole world ”.

According to Bamber, in the future, some territories or regions will no longer exist. “We are considering removing nations from the world map because they will cease to exist.”

Loading...
Newer Post
Did you know T&T officially became a Republic on August 1?
Older Post
Patrice Roberts to rep TT at first ever Virtual Walk for the Cure and Concert of Hope