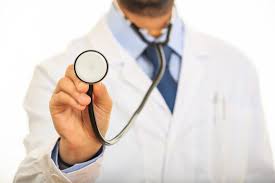 The Trinidad and Tobago Medical Association has slammed the use of discriminatory language by a member of the fraternity, which was recorded and has since gone viral.

In a release to media today, the Association said that in the strongest manner possible, it condemns all forms of discrimination and they endorse any relevant investigations that are required to resolve this matter expediently.

It said “As a profession, we are driven by the code of our oath and bound by the duty entrusted to us by the patients that we serve. As such, we urge all healthcare providers to continue providing the expected standard of care to all patients regardless of ethnicity, gender, age, orientation and any other basis. We also encourage due respect for colleagues, staff members and citizens.”

“The T&TMA remains committed to upholding the words of the anthem of our great Republic. We continue to work together, putting aside all differences, to achieve the common goals of global health.”

In the racist rant, the doctor can be heard berating his female employee for having a police officer in his establishment. He proceeds to call all police officers, illiterate, monkeys and dunce n***ers.

The PNM Women’s League also condemned the doctor in the recording and issued the call for an investigation.