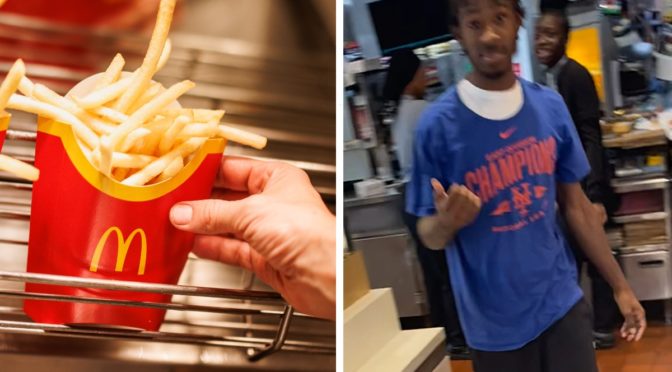 Matthew Webb, the 23-year-old McDonald’s worker who was shot in the neck by suspect Michael Morgan for serving his mother cold french fries, is brain dead and on life support, prosecutors have revealed.

A Brooklyn judge has ordered that the accuser is to be held without bail in connection to Monday’s shooting, as the 20-year-old will face upgraded homicide charges.

It started when a customer, who sources told CBS2 was angry her fries were cold, approached the worker, identified as Matthew Webb, 23, and started arguing with him.

The argument moved outside and that’s when, sources said, the woman called over her 20-year-old son to “take care of the problem.” He then pulled out a gun and shot Webb in the neck.

Webb was rushed to a hospital and the son was taken into custody.