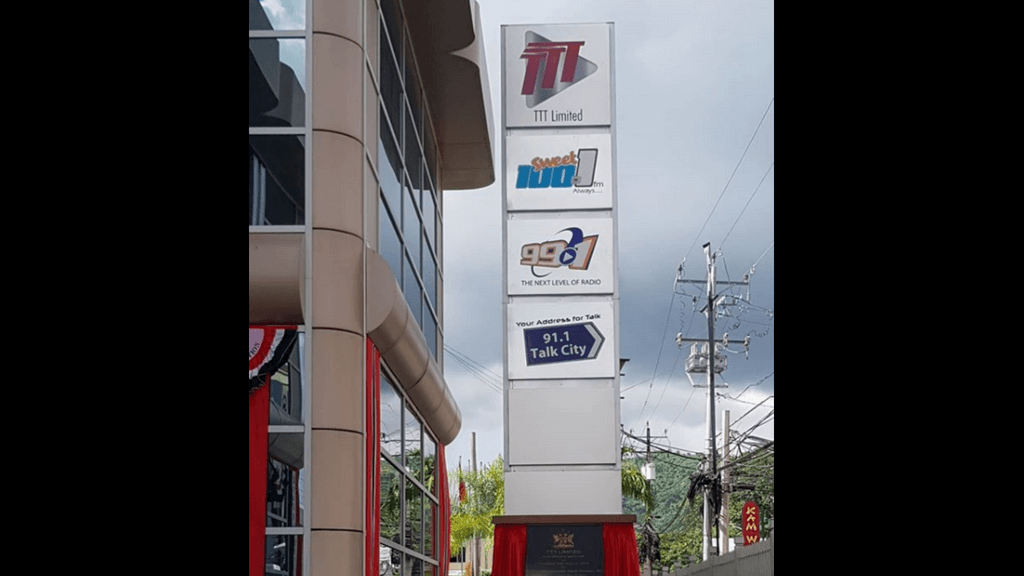 The Media Association of Trinidad and Tobago today addressed the issue arising between the Communications Minister, Symon de Nobriga and Journalist, Kejan Haynes, following a report done by News at 7 TT.

The incident arose after it was reported that News at 7 were informed by the Minister that only the state owned media house, TTT was given access to cover the repatriation exercise of Venezuelan nationals over the weekend.

The Minister later responded by saying that footage and information would have been shared and given to other media houses once requested as such.

MATT however via a media release this afternoon is saying “Press freedom no laughing.”

”The Media Association wishes to alert the public to restrictions on the news media’s access to public interest information from Government offices in a time of a public health crisis and a state of emergency.”

”MATT rejects outright the Communications Minister’s decision to allow access to only State and Government media to the repatriation of Venezuelans last Saturday.”

”If this is policy, we call on him to reverse it immediately. Journalists are witnesses on behalf of the public. We are the eyes and ears of the public where they cannot be. The free press cannot perform its constitutional role if it is to be made reliant on Government single-source information. The minister’s strategy limits the number of witnesses to one approved witness. From March 2020 to now, MATT has observed how Government’s communication strategies, decisions and approaches have been limiting the work of independent journalists i.e. journalists not employed by the State. The Ministry of Communications and the communication departments of several key ministries, including the Office of the Prime Minister, have been demonstrating a dangerous level of arbitrariness and naivete in restricting journalists’ access to information, news conferences and decision-makers. In court submissions last year, the Ministry of Communications itself described its criteria for access to Ministry of Health Virtual News Conferences as “ad hoc”. MATT made easy recommendations for improvements in written correspondence to the Communications Minister in April 2020. Our correspondence is yet to be acknowledged. Therein, we also red-flagged the ineffectiveness of a single news conference to address wide-ranging issues of Government, arbitrary limits on questions, and the unacceptable number of queries reticently or vaguely answered. We have since received multiple reports from news media journalists about the unresponsiveness of communications staff and difficulties accessing ministers and officials who carry key responsibilities in these pandemic times. MATT counsels journalists and media houses to exercise all journalistic caution when using pre-packaged material and to be diligent in advising the public when they so do. We urge the Government to avoid using Covid-19 restrictions and protocols to deny access to independent journalists and instead open up the currently choked information flow. 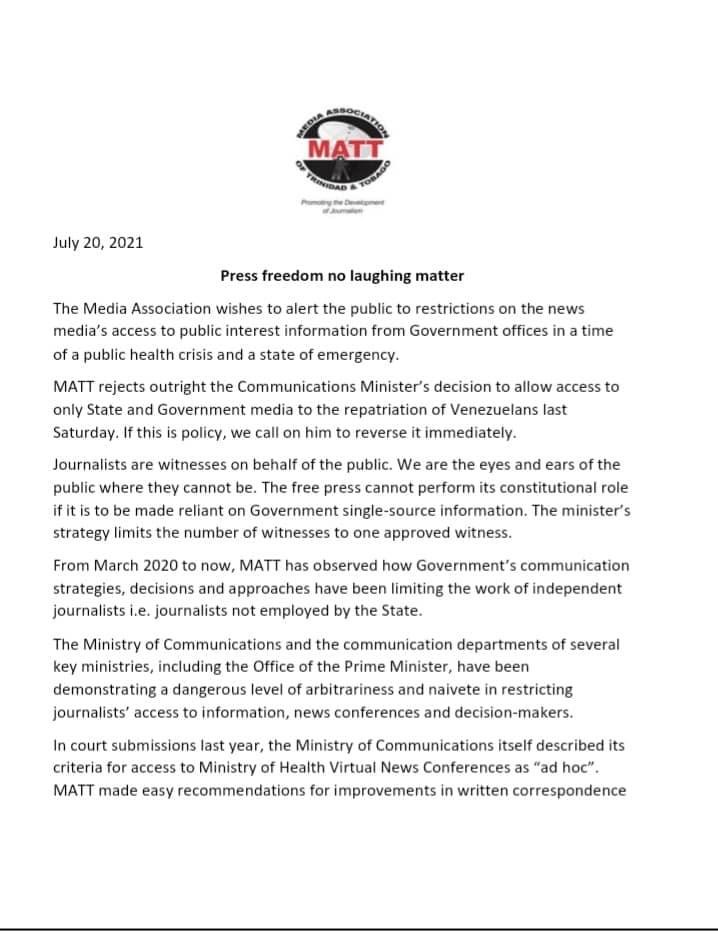 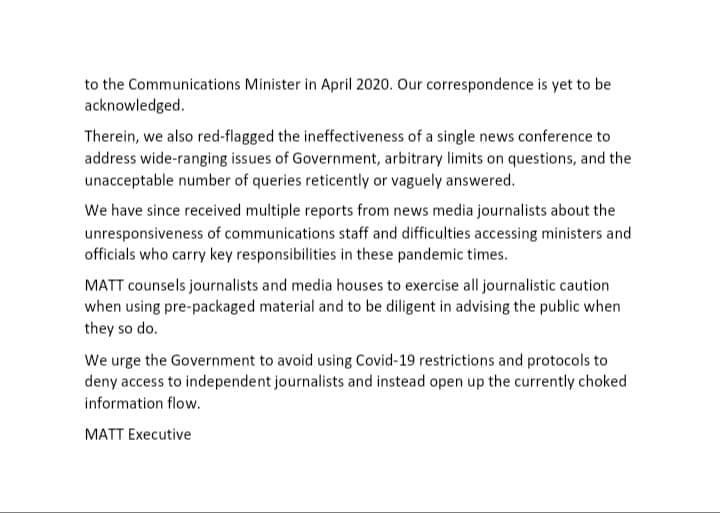