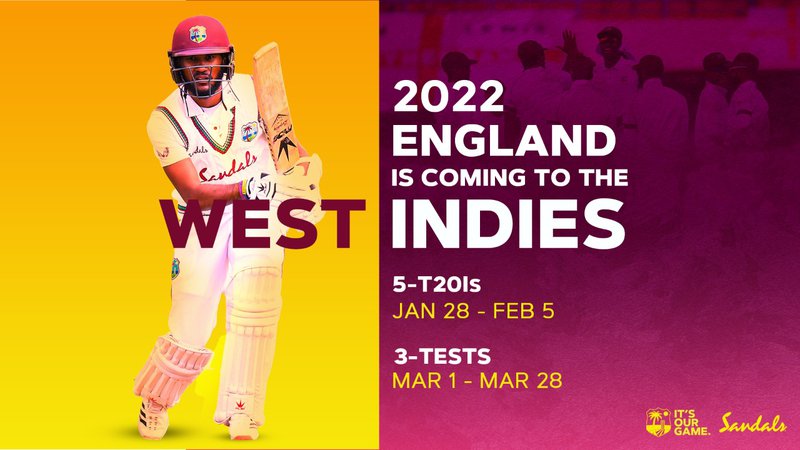 Cricket West Indies (CWI) and the England and Wales Cricket Board (ECB) today announced the scheduled match dates for England’s next tour of the Caribbean in 2022. It represents an expanded schedule to the original International Cricket Council’s (ICC) Future Tours Programme (FTP).

The Test series will be the first in which the two teams compete for the newly commissioned “Richards-Botham Trophy,” named in honour of West Indies’ batting icon Sir Vivian Richards and England’s great all-rounder Lord Botham. The new trophy pays tribute to the two legends whose rivalry and friendship embodies the close relationship and mutual respect between the two sides.

The T20I Series will be the biggest Series to date between the two teams in the shortest form of the game and will be part of the preparations building up to the ICC Men’s T20 World Cup in Australia in October 2022. 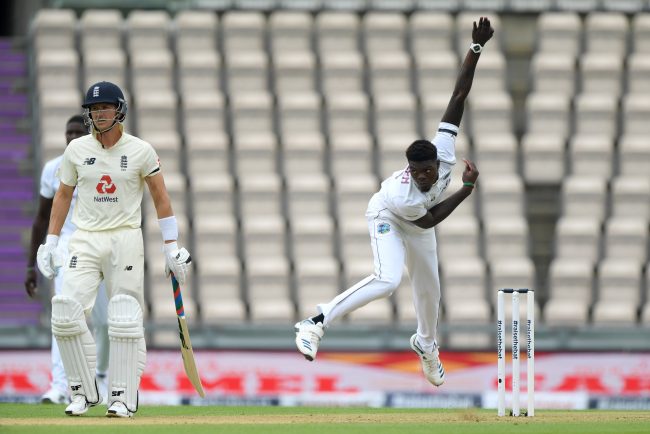 “This expansion of next year’s England tour to the Caribbean is welcomed news for West Indies Cricket and for the region’s tourism economy. It has come about because of the special relationship that has been developed between our respective boards and we are looking forward to working with ECB Chair Ian Watmore, and CEO Tom Harrison, to expand our partnership even further into new areas of cooperation and support. We have already begun discussions on how the ECB can help us in our development programs and I am pleased that ECB has been showing so much appetite and goodwill to assist.”

“We are delighted that the ECB have agreed to increase the number of matches in their tour to Caribbean next year. An England Tour to the West Indies is a special event, so by adding a third Test match and two T20Is to the original schedule it will enable more fans to watch the teams do battle and afford more of our countries the opportunity to host matches.”
Ian Watmore, Chair, England and Wales Cricket Board said:

“We hugely appreciated the support of Cricket West Indies, and all its men’s and women’s players, in helping us host a full season of international cricket in the summer of 2020. Following the conclusion of those tours to England we have been in discussions with CWI to understand how we can best support them moving forward and one way was to extend our existing England men’s tours to the Caribbean in 2022.”
Tom Harrison, Chief Executive Officer, England and Wales Cricket Board said:

“A tour to the Caribbean is one of the most iconic for both England players and fans alike. So, we are delighted to confirm that our England men’s team will play two additional IT20s and one more Test Match as part of their planned tours in January and March respectively. “The three Test Match series will form part of the next ICC World Test Championship, whilst the additional IT20s will provide our England men’s team with valuable preparation ahead of the ICC World T20, which takes place in Australia later that year.”
The venues for the matches are expected to be announce by the end of April.

West Indies and England restarted the international cricket schedule following the outbreak of the COVID-19 pandemic when West Indies toured England in July 2020. The teams played a three-match ICC World Test Championship Series in a bio-secure bubble at the Ageas Bowl in Southampton and Emirates Old Trafford in Manchester. 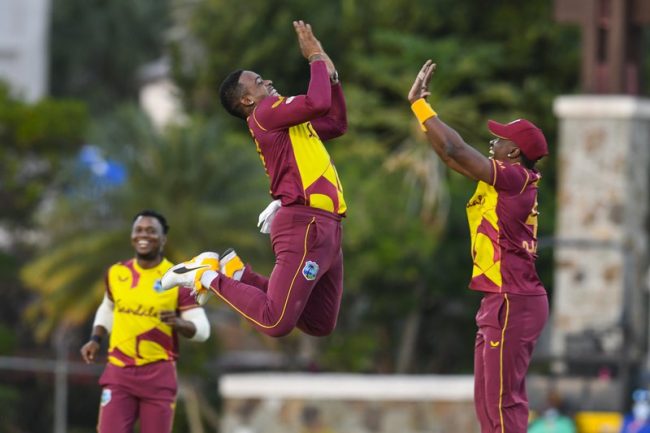