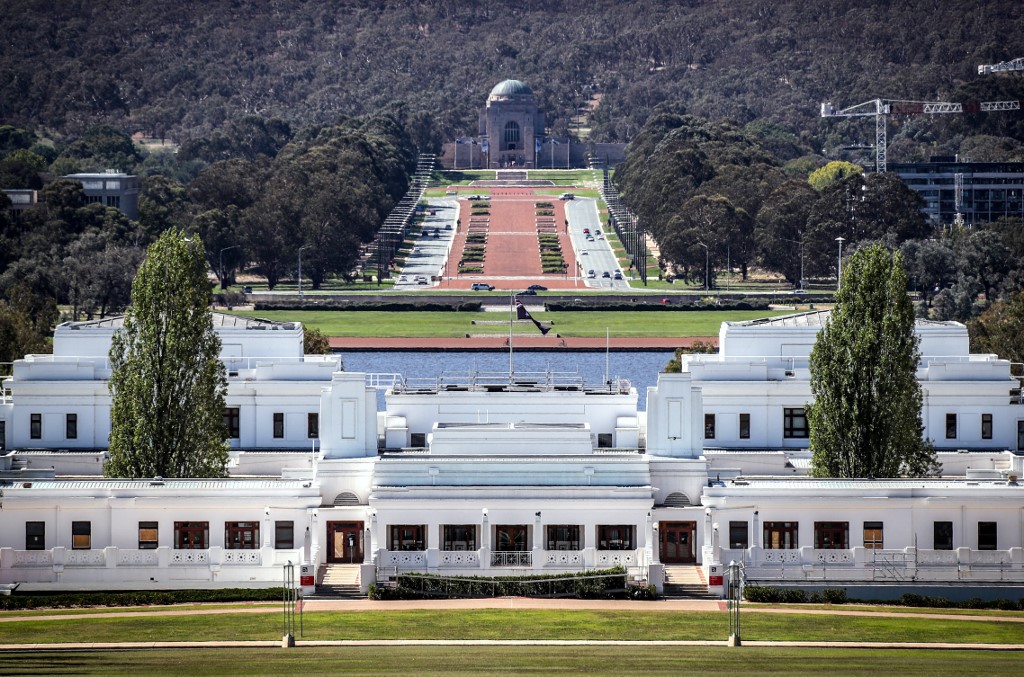 According to several news reports, a group of Coalition government employees posted photographs and videos of their antics in Australia’s Parliament House, including signing sex workers into the building.

A man performs a sex act in what he thinks is a Parliamentary office in a video seen by The Sydney Morning Herald and The Age.

The green carpet in the video is similar to the one on the floor of the House of Representatives.

Sex workers had also been brought into Parliament House to visit MPs.The claims, which showed “total disrespect” for what Australia’s parliamentary democracy stood for, disgusted and appalled Finance Minister Simon Birmingham, whose department is the technical employer of parliamentary staffers.

“It also indicates a great deal of contempt for a member or senator in relation to such employees and offices. It also demonstrates an utter disregard for the Australian taxpayers who footed the bill for those employees’ salaries,” he told a Senate committee.

“Any individuals who engaged in such conduct, in my view, should prepare to pack their belongings and leave the building for good. They should also consider apologising to the Parliament and the Australian people, not only to their employing member or senator.”

Speaker Tony Smith and Senate President Scott Ryan, according to a spokeswoman, were unaware of the events or accusations until they were broadcast on Monday evening.

“Members of Parliament and Senators hire their own employees. If the names of the staff members are revealed, the presiding officers are “of course prepared to behave in accordance with their responsibilities,” according to the spokeswoman.

Former Liberal staffer Brittany Higgins sparked the debate when she went public about her alleged abuse by a colleague in Parliament House, and the Coalition government has been facing a string of complaints of sexual misconduct and harassment of women. The rape, which reportedly happened after-hours in the office of Defence Minister Linda Reynolds just weeks before the 2019 federal election, is now being investigated by ACT Policing.

Christian Porter, the Attorney-General, is also on mental health leave after vehemently denying charges that he assaulted a 16-year-old girl at a debating competition in Sydney when he was 17.

On March 15th, tens of thousands of people marched in cities across the country to voice their frustration with the way women are treated in politics and culture, and to demand reform.

Former sex abuse commissioner Kate Jenkins has been named by Prime Minister Scott Morrison to lead an enquiry into the workplace culture at Parliament House, as well as responses to sexual harassment and attack.

Is This Astronaut-Style Face Shield the Future of P.P.E.? 0