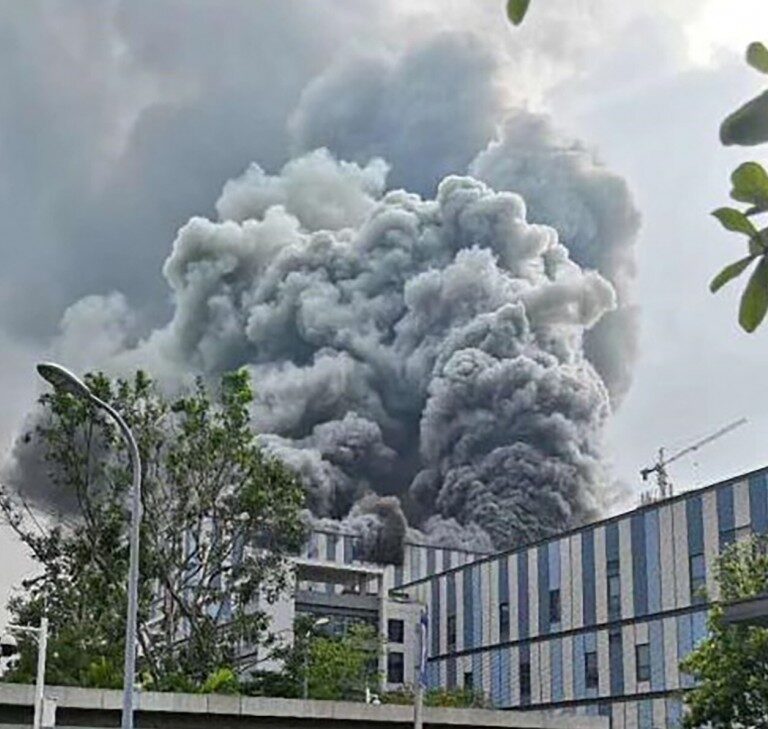 According RT news there are videos which show plumes of smoke coming from the building’s top floors.

The report also states that the fire department are on the scene and that the flammable sound-absorbing cotton which the facility was using may be the main source of the blaze.

The fire was however put out by the Dongguan city fire rescue department.

No casualties have been reported.

The Dongguan laboratory mainly does testing for 4G and 5G antennas, as well as materials research, according to Reuters’ sources.