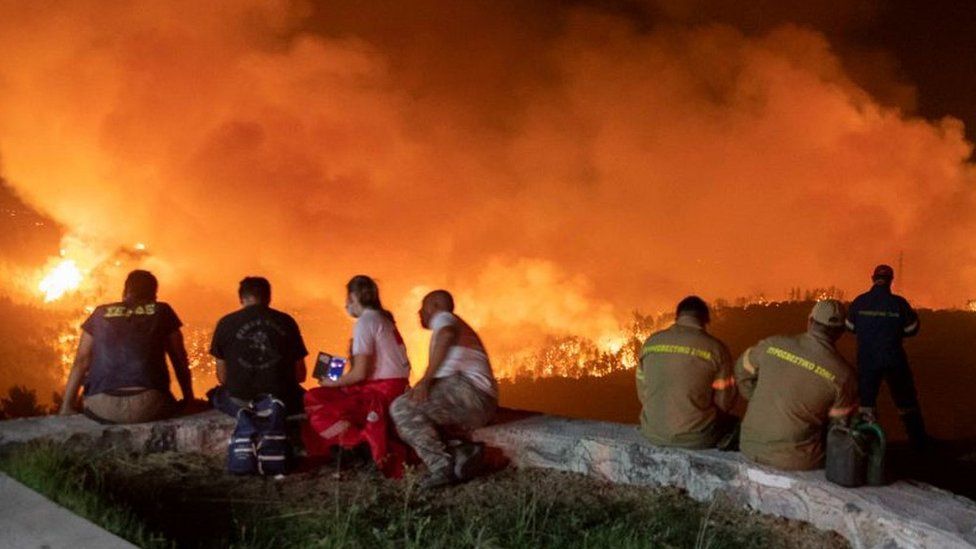 Thousands of tourists and residents have been evacuated from towns north of the Greek capital, Athens, as wildfires spread across the country.

Strong winds and high temperatures are making it difficult to control the blazes, which have killed at least two people, including a firefighter.

Huge clouds of smoke and ash near Athens has meant some people there have also been urged to leave their homes.

More than 150 fires have been reported. Six areas have been put on high alert.

Greece, like many parts of Europe, has been grappling with extreme weather this summer. Prime Minister Kyriakos Mitsotakis said the fires showed “the reality of climate change”.

Hundreds of firefighters are trying to control the fires with about 20 water-bombing aircraft. Extra firefighters and planes are being sent in from countries including the UK, France and the US.

The UK government said Home Secretary Priti Patel was sending “experienced firefighters” after witnessing the “devastating effect” of the fires while in Greece earlier this week.