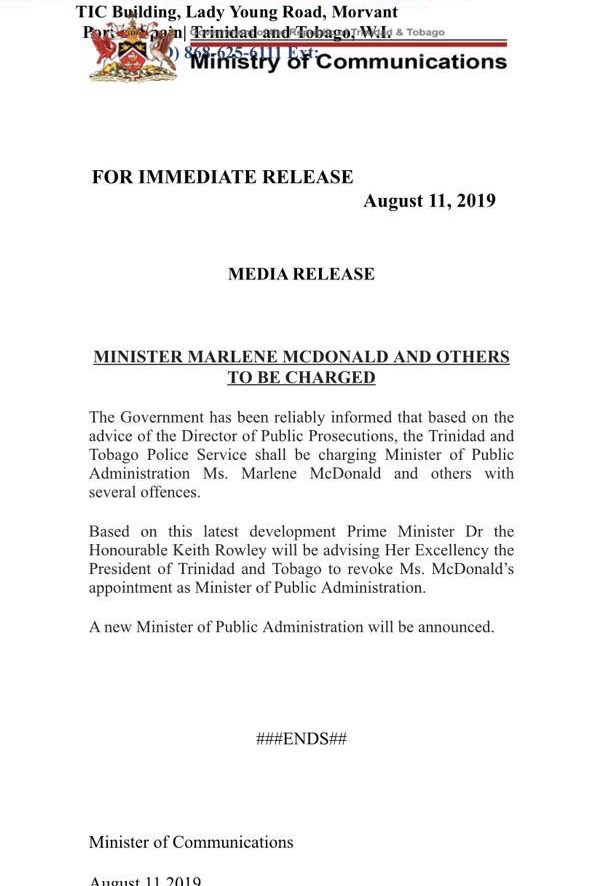 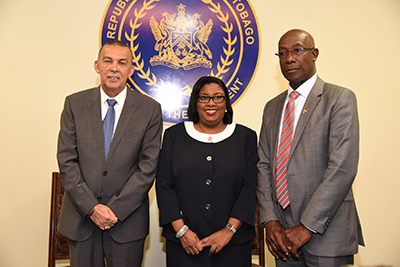 MP Marlene McDonald and her husband Michael Carew are to face as many as seven charged later today after more than four days of questioning by police. 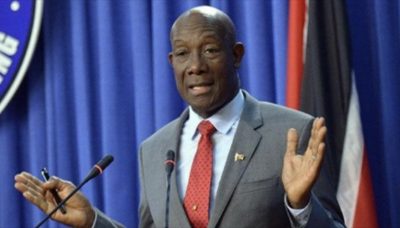 The Prime Minister Dr Keith Rowley will also ask Her Excellency The President Paula May Weekes to revoke McDonald’s appointment as Minister of Public Administration today according to sources.

The charges stem from serious allegations of misappropriation of funds channeled through the Calabar Foundation of which McDonald’s husband Michael Carew is a Director. 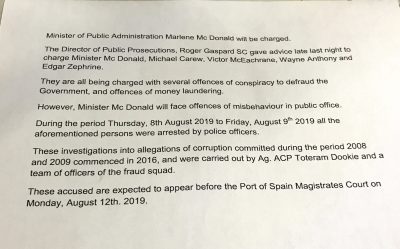