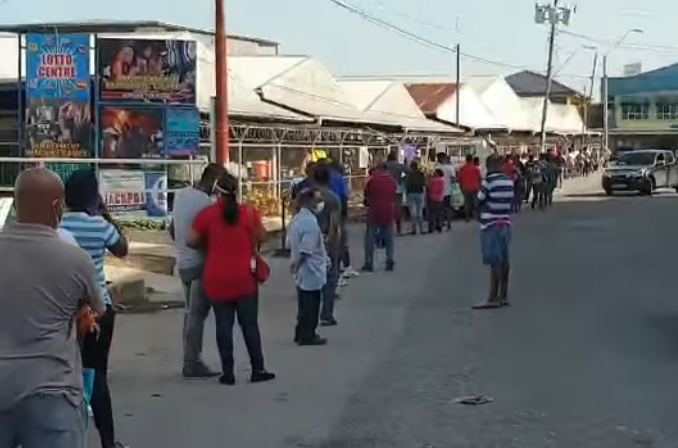 Vendors at the Marabella Market are calling on the market authorities to open up the facility every day so that there will not be any crowds over the weekend.

The call was issued yesterday after scores of people turned up at the market.

This took place mere hours after the Prime Minister implemented a State of Emergency and placed the country on a 5am to 9pm curfew.

There were reports of extremely long lines Sunday, which wrapped around the market for hours, with little social distancing taking place both outside and inside the market. 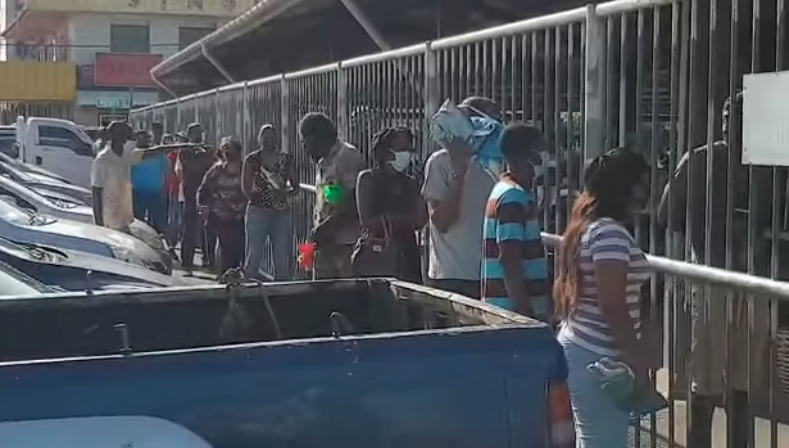 Reports are that there were only two police officers on hand to manage the situation, and they had to mandate to the not so happy crowed to adhere to the public health regulations, especially those who were seen wearing their masks on their chins or below their noses.

Senior Supt Cecil Santana, who is head of the municipal police, was later called to the scene and started to disperse the large crowd.

He told media “We have a situation here that we are trying to deal with. The market is overcrowded. There are a lot of people on the inside so we are trying to clear the crowd on the inside and then allow people on the outside to enter in an orderly fashion.”
He added, “We all know what is happening in our country and yet look at what is happening.”

Loading...
Newer Post
Maharaj: Citizens will not be able to enjoy their fundamental rights as they normally do
Older Post
SOE regs: No drinking alcohol in public or exercise