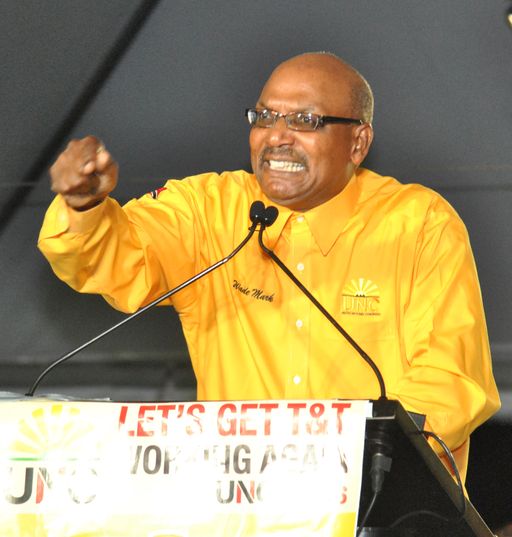 Wade Mark has described Vasant Bharath as a failed politician and said there is no way that he can beat incumbent UNC Leader Kamla Persad-Bissessar in the December 6 internal election.

Speaking during UNC’s virtual report on Monday night, Mark said Bharath was unsuccessful in his attempts in 2017, 2018, 2019 to form alternative parties and should understand how lucky he is to still be a member of the party.

Mark referred to Bharath as a hypocrite, who he said participated in PNM’s road map committee to economic recovery and supported the property tax, yet in his political campaign is now claiming it to be a harsh and oppressive measure.

But Bharath, in a letter penned to Persad-Bissessar yesterday, recommended that in trying to “buss a mark” colleagues ought to do a little research as to get their facts correct.

He said: “Attached is my flyer from 2017 which I personally shared along with my wife Arvinder, on the streets of Chaguanas, Port-of-Spain and in our various farmer’s markets.

“Our party leadership owes our supporters an explanation on its 2017 position, as then told to me by more than one MP, if ‘they vote for that, let them take it’. This mindset was and remains, in my view both disturbing and distasteful, something we should never condone.

“Again Mrs Bissessar, I suggest we meet to ensure a clean and credible internal election, with added discussions for a united approach in defeating the property tax. The effecting of such discussion can not only positively impact our party, but be to the great benefit of our country. “

Bharath is the lone contender challenging Persad-Bissessar in the party’s internal elections.