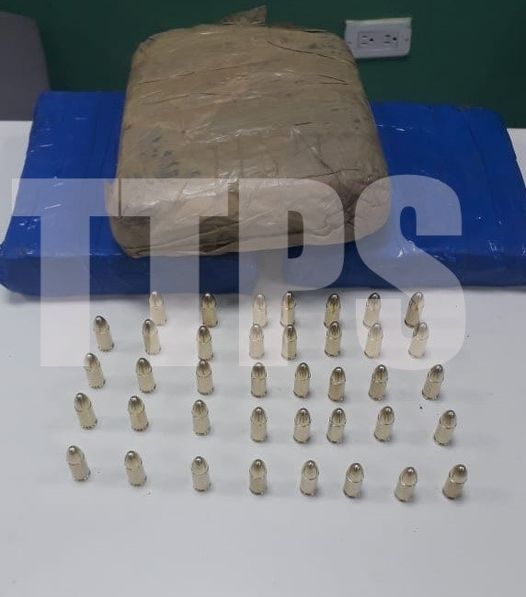 Officers of the Northern Division Area East Task Force, found and seized a quantity of marijuana and ammunition during an anti-crime exercise conducted in the district between 4pm and 11pm yesterday, Saturday the 16th January.

During the exercise, several searches were conducted in the Malabar district and at the Guanapo Landfill. Officers went to an area off La Retreat Road in the vicinity of the landfill where they discovered a black plastic which contained 1.6kg of marijuana and 39 rounds of 9mm ammunition.

The marijuana has an estimated street value of seventeen thousand dollars ($17,000.00).

The anti-crime exercise was supervised by Superintendent Edwards, spearheaded by Inspector Ward and supervised by Ag. Sgt. Haynes and Inspector Black with assistance from officers of the Arima Criminal Investigation Department (CID), the Canine Unit and the Arima Municipal Police.
Investigations are continuing.