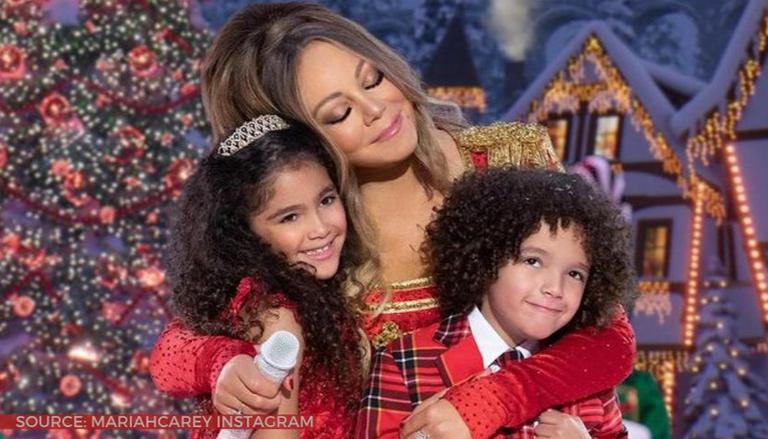 Mariah Carey is the Queen of Christmas and as that time of year nears, Carey is gearing up for the festivities.

Carey has two twin children, Monroe and Moroccan, with whom she brings in the holidays. But this year, seeing as though her ex-husband and father of her children, Nick Cannon, has welcomed four new children with three different women, fans want to know if Carey would allow the other children to be involved.

Carey was speaking to “Entertainment Tonight” when she was asked if her “step-children” would get to celebrate Christmas the Mariah Carey way. The 51-year-old diva answered swiftly by flipping her hair back and saying, “Is it step? I don’t think it’s step. If you’re not married to the person.” Answering the original question more directly, she said, “I don’t know about that. That’s a different type of interview for you.”
“It’s always the classic shade for me,” said one reacting fan. Someone else added, “I mean, one thing Mariah gon do is tell the truth. She said step ?!! Cause WHO married.” Another wrote, “In other words: Those ain’t my kids and that’s a hell no!”

In part of her interview, Carey talked about her memoir “The Meaning of Mariah Carey,” and explained that she wrote about some “depressing stuff” she experienced when it comes to Christmas. However, Carey said that experience “motivated me to really go all the way in every Christmas, every year and I just want my kids to have the best time.”
“Honestly it’s like, a lot of it is for me,” she said with a chuckle.

As for Cannon, his holiday is going to be busy with seven children now. “Holidays are scary for me. I literally have to become Santa Claus. Christmas Eve. I jump in my sleigh and I get to getting across the country,” he told “Entertainment Tonight” two weeks ago.
The “Shake It Off” singer and Cannon, who is the host of “Wild ‘N Out,” were married for eight years from 2008 to 2016. Neither of them has remarried since they divorced.