Marabella couple held with $40k worth of marijuana in Marabella

A Marabella couple was arrested for trafficking marijuana in Marabella this morning.

The suspects, a 27-year-old woman and 29-year-old man, were arrested by officers of Southern Division Task Force (SDTF) following the execution of a search warrant at their St. James Street, Marabella home. 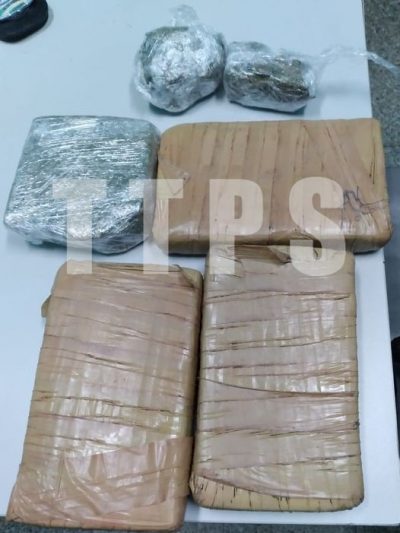 During the search, SDTF allegedly found and seized
3.9 kilogrammes of marijuana.

The find has an estimated street value of $40,000.
The two suspects were immediately arrested in connection with the finds and are expected to be charged with possession of marijuana for the purpose of trafficking.

Trinidad And Tobago Coast Guard Assists Vessel In Distress Off The Coast Of Toco. 0