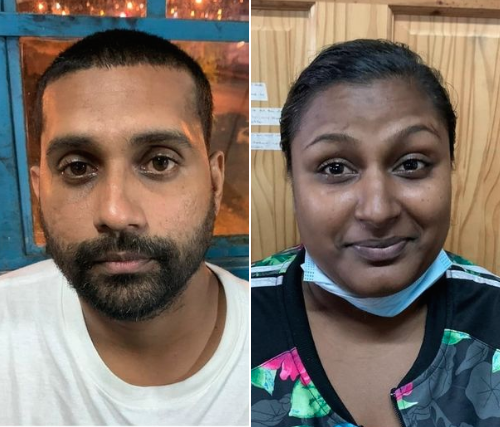 Marabella couple charged for possession of cannabis and ammo

SOLOMON BABWAH, 35, and CANDY BABOORAM CUTHBERT, 31, were jointly charged yesterday for possession of ammunition and possession of cannabis. They are scheduled to appear virtually at the San Fernando Magistrates’ Court today.

The two were arrested during an anti-crime exercise conducted in Marabella and Princes Town between the hours of 5 pm and 9 pm. It involved the execution of several search warrants and targeted areas known for illegal drug activity including Flamboyant Crescent, Pleasantville, and Old Train Line, Marabella.

The exercise was coordinated by Snr Supt Lucia Winchester, Supts Jackman and Carty, ASP Ramdass and Insp Phillip. It was supervised by Sgt Joseph, Ag Cpls Bahadur and Phoolchan and included members of the Southern Division Task Force (SDTF) and the Canine Unit.