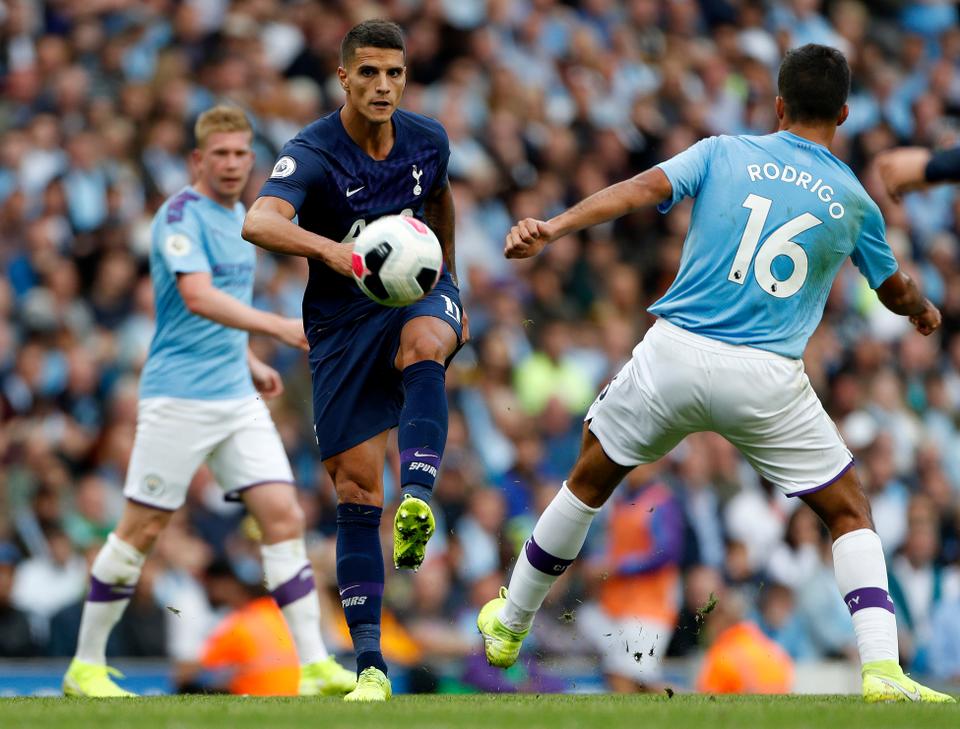 Manchester City had a late goal from Gabriel Jesus ruled out by VAR video review as they drew 2-2 at home to Tottenham Hotspur on Saturday – their first league home game without victory in nearly eight months.

The Brazilian drove in what looked like the winner in added time but while City was celebrating, the VAR review had spotted a handball by City defender Aymeric Laporte before Jesus struck home. City exited the Champions League in April to Spurs when they had a late “winner” ruled out by VAR.

Pep Guardiola’s side had taken the lead in the 20th minute when Kevin De Bruyne swung in a cross from the right which Raheem Sterling met at the back post with a textbook header.

But City’s advantage lasted less than three minutes with Erik Lamela firing them level after he was expertly picked out by Tanguy Ndombele.

The setback didn’t, however, knock Pep Guardiola’s side out of their stride and it was no surprise when Sergio Aguero restored their lead in the 35th minute, with De Bruyne once again the provider with a low ball superbly turned in at the near post by the Argentine.

Again, City camped in the Spurs half peppering Hugo Loris’s goal but once more the visitors fought back.

Mauricio Pochettino sent on Lucas Moura as a substitute and the Brazilian scored with his first touch, beating Kyle Walker to head in a Lamela corner.

Then came the late drama and controversy as VAR once again stole the headlines.