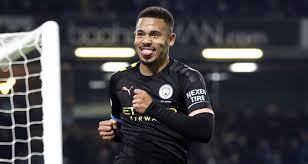 Gabriel Jesus scored twice as Manchester City showed no signs of giving up on their Premier League title defense easily with a 4-1 victory at Burnley to cut the gap on leaders Liverpool back to eight points.

Pep Guardiola’s men have struggled to match the blistering standards they set in the back-to-back title-winning seasons early in this campaign, but looked more like their old selves in what could have been a tricky trip to Turf Moor.

Jesus made the most of his chance to shine in the absence of the injured Sergio Aguero with two brilliant finishes either side of halftime to end an eight-game goal drought before long-range strikes from Rodrigo and Riyad Mahrez moved City above Leicester into second place on goal difference.

Robbie Brady pulled a late goal back for Burnley, who remain in 11th.

The visitors were dominant from the first minute to last and could have been far more convincing winners but for some wayward finishing and Nick Pope’s resistance in the Burnley goal.

Jesus’s first effort to find the net was rightly ruled out for offside as he flicked home Angelino’s shot.

But Jesus did not look like a striker searching for confidence when he did open the scoring with a sumptuous curling effort that found the far corner from David Silva’s pass.

Pope then stood up well to block with his feet from Raheem Sterling and Bernardo Silva to keep Burnley in the game until the break. 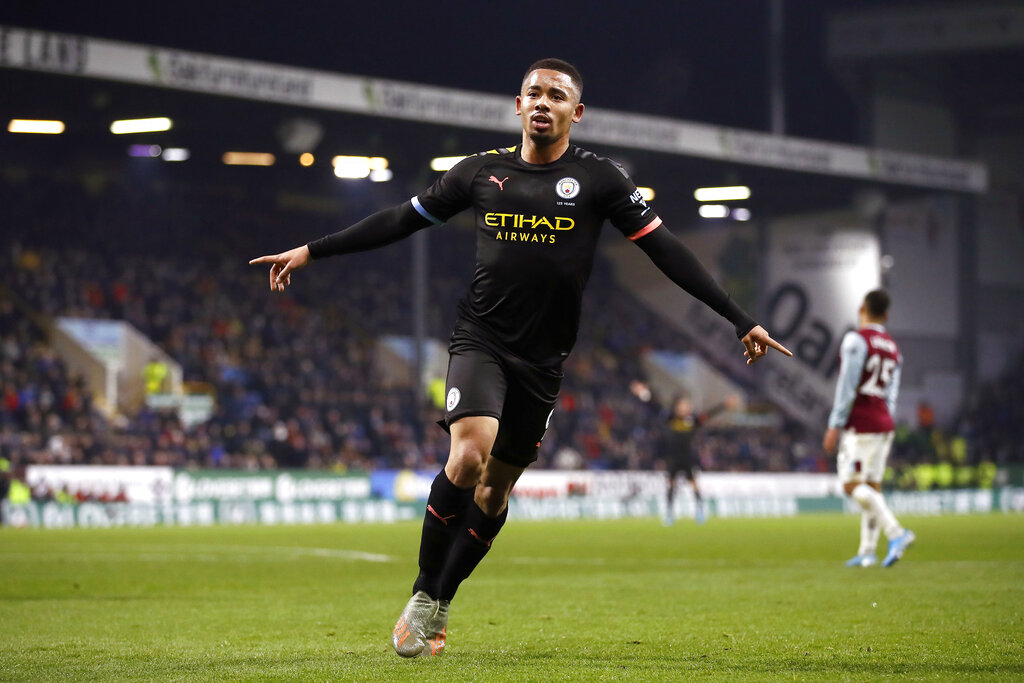 However, Jesus gave City the cushion they desired five minutes into the second half with a thumping finish from Bernardo’s in-swinging cross.

The 22-year-old was then inches away from his first Premier League hattrick with a similar effort to his first goal that this time whistled just beyond Pope’s far post.

Rodrigo continued a night of fantastic finishes when he drilled high past Pope from outside the area 22 minutes from time and Mahrez also scored from outside the box after coming off the bench.

Brady denied City a first clean sheet in eight games, but that was the only negative of the night for the champions as they clicked back into gear ahead of Saturday’s derby against Manchester United.

Elsewhere, Crystal Palace moved up to fifth with a 1-0 win over Bournemouth despite playing for over 70 minutes with 10 men.

Mamadou Sakho was sent off for the hosts for a wild challenge on Adam Smith, but Palace frustrated the Cherries and then struck 14 minutes from time when Jeffrey Schlupp burst through the Bournemouth defense and fired low and hard past Aaron Ramsdale.