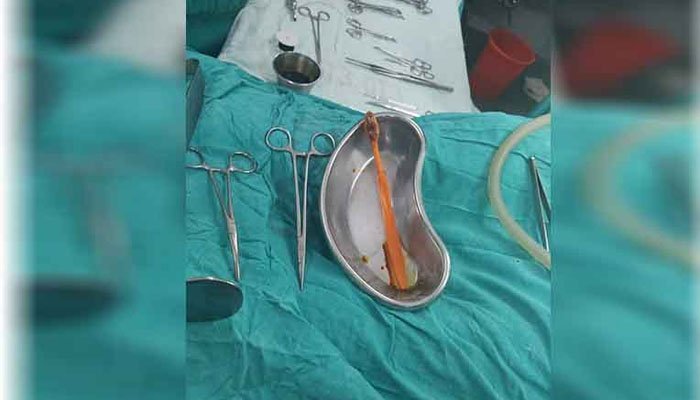 An Indian surgeon performed a successful operation and surprised everyone by removing a nine-inch long toothbrush from a patient’s abdomen.

According to Indian media reports, doctors at the Medical College and Hospital (Ghati Hospital) in Aurangabad, under the supervision of Muslim surgeon Junaid M. Sheikh, removed a nine-inch-long toothbrush from the patient’s abdomen.

Rajesh Jadho, 33, had swallowed a toothbrush by mistake. After Rajesh’s ultrasound and MRI, Dr Junaid immediately suggested an operation and saved the patient’s life by taking other doctors on board.

Sheikh told Indian media that Rajesh was brought to Ghati Hospital on December 26TH at 11am.

The surgeon said that if the brush had not been removed from the abdomen immediately, it could have caused an internal rapture.

The rupture could have been life threatening, he said.

PM Rowley takes to Facebook to clear the air 0