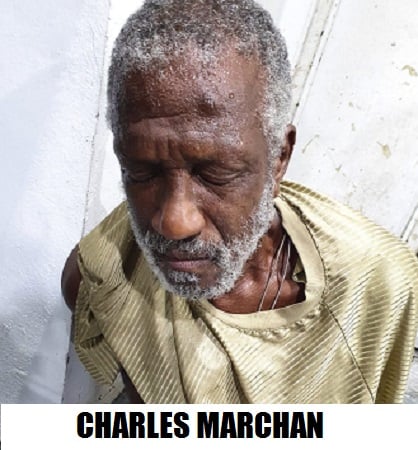 A 64-year-old man was sentenced to three months’ hard labour when he appeared virtually before a Port-of-Spain Magistrate today charged with two offences following a larceny incident yesterday morning.

A TTPS report states that CHARLES MARCHAN, of Besson Street, Port-of-Spain, who has four outstanding warrants for stealing, was charged with larceny and assault occasioning by WPC Johnson of the Port-of-Spain City Police. He was sentenced to three months’ hard labour for each offence. The sentences will be served concurrently.

MARCHAN will reappear before the court on March 5th in connection with the warrants.
At 8.20 am on February 4th, Port-of-Spain City Police Officers were patrolling Charlotte Street when they were alerted to a commotion stemming from inside a store.
When the police officers investigated, they learned that a man had taken four toothpastes from off a shelf of the store, placed them into a bag and attempted to walk out without paying.

A security guard attached to the store reportedly intervened and tried detaining the suspect, however a scuffle ensued.

The suspect allegedly then bit the security officer’s hand while trying to escape.