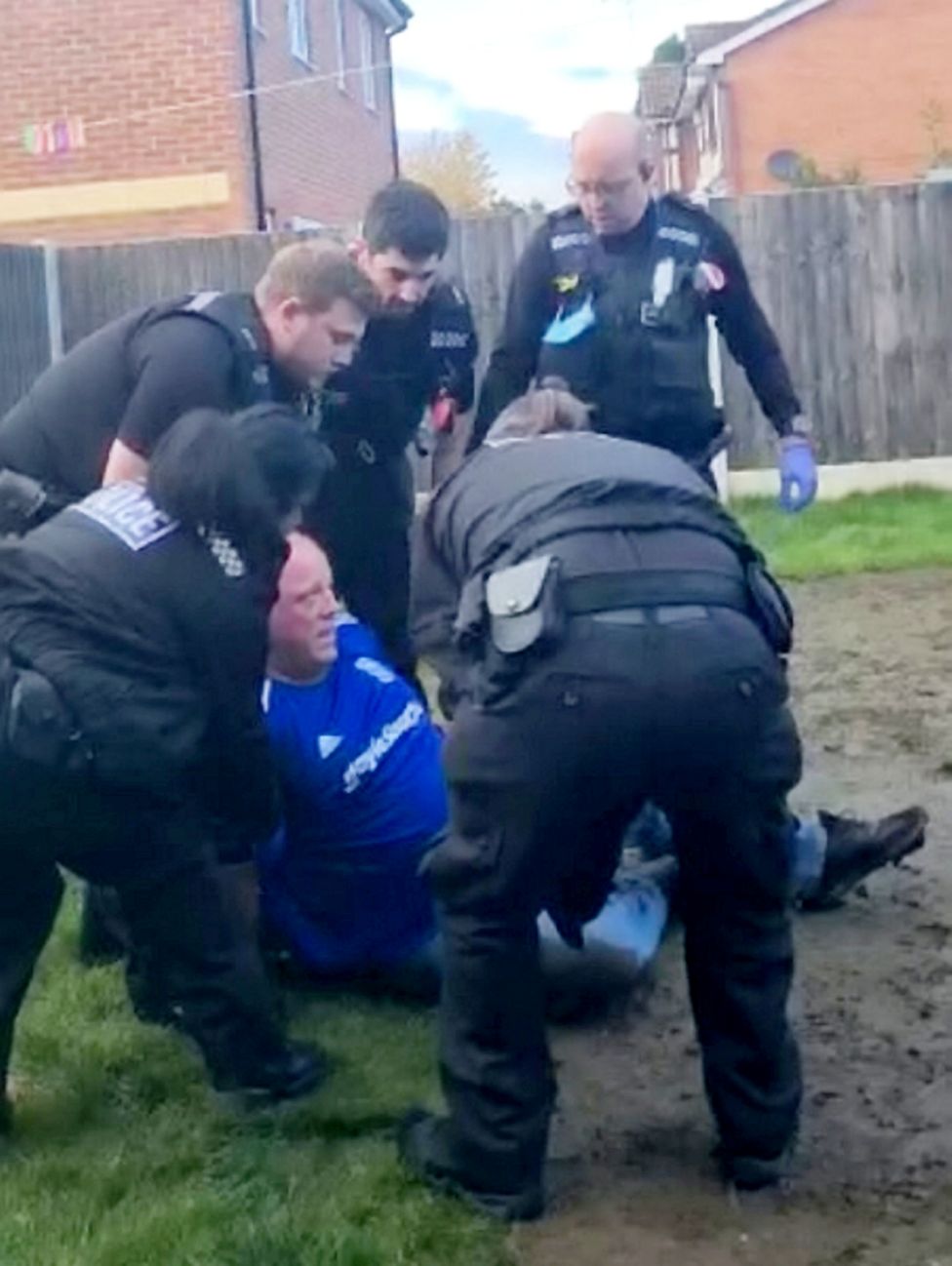 A screenshot from the video filmed by Mr Meekcom's wife, Sarah Meekcom.

In Britain, a wheelchair bound, terminally ill man has claimed to be a victim of police brutality after he was arrested for ‘mooning’ a speed camera.

Darrell Meekcom, who was recently diagnosed with multiple system atrophy, exposed himself to a speed camera in Kidderminster, Worcestershire, last Friday.

Wheelchair user Mr Meekcom, who has heart disease, kidney failure and Parkinson’s Disease, said after his diagnosis he came up with a so-called bucket list of things he wanted to do before he died.

He decided to target the speed camera van in his home town after he had been caught a couple of times for going 5mph over the speed limit saying that it always “bugged” him.

Meekcom said about six officers arrived at his home a short time later asking to be let in and when he refused, his garden gate was kicked in and the officers got him to the ground to cuff him.

He claimed that he suffered a blow to the head during the process and said he felt the response was completely disproportionate in the circumstances.

Mr Meekcom has since reported the incident to the Independent Office for Police Conduct.