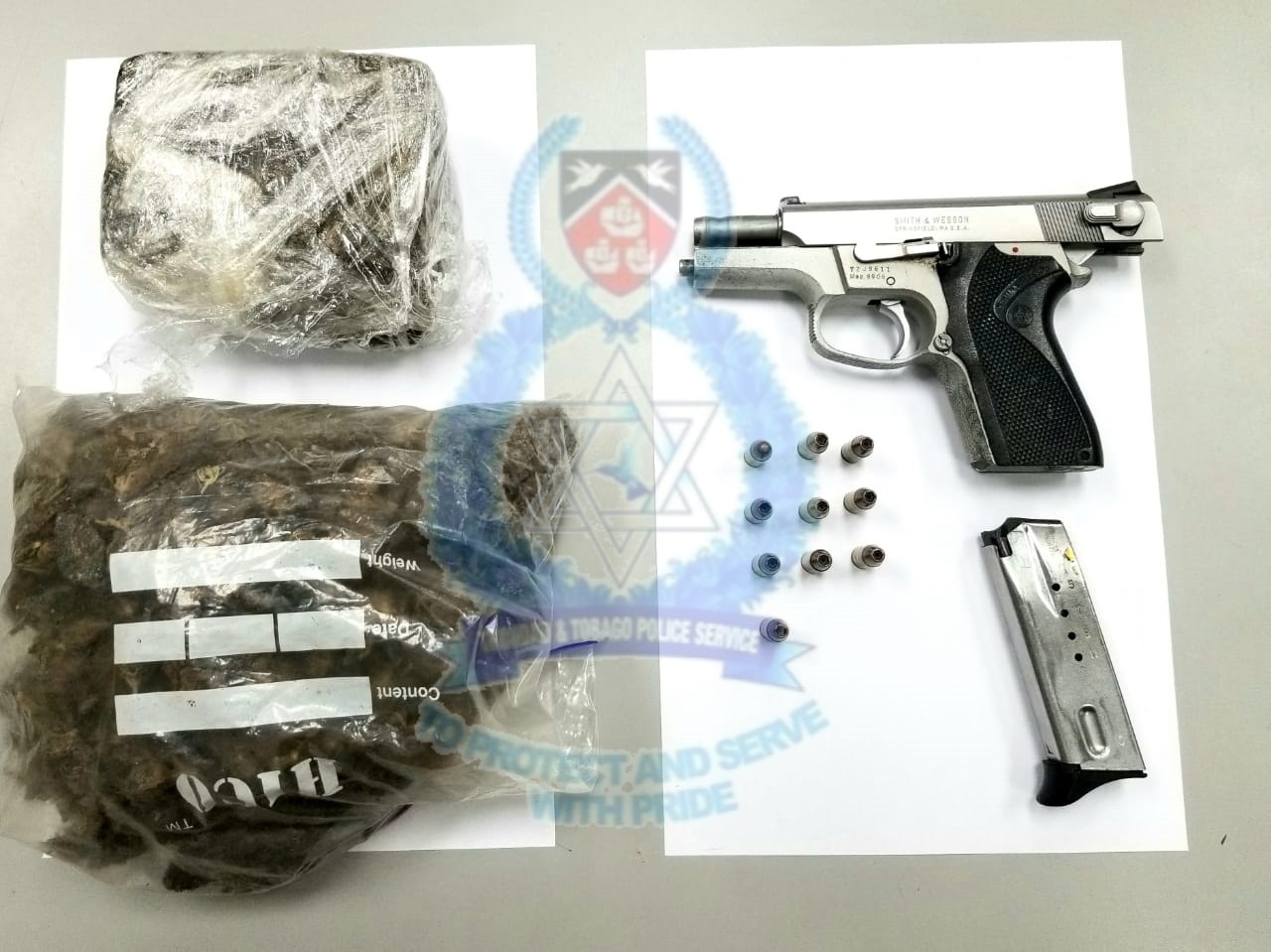 Man held in Brazil Village held with marijuana and firearm

One man was arrested and a pistol and quantities of ammunition and marijuana seized by officers of the Crime Suppression Unit during an anti-crime exercise conducted in the Brazil Village district, this afternoon.

Officers, based on information, conducted the exercise around 4:45pm, on Thursday 10th October 2019, during which they proceeded to Talparo Main Road, Brazil Village, where they observed a man acting suspiciously.

Upon seeing the officers the man threw a blue bag into some nearby bushes and ran off.

The man was apprehended a short distance away and a search of the area resulted in officers finding the bag which contained a Smith and Wesson pistol loaded with two rounds of ammunition and 700 grammes of marijuana.