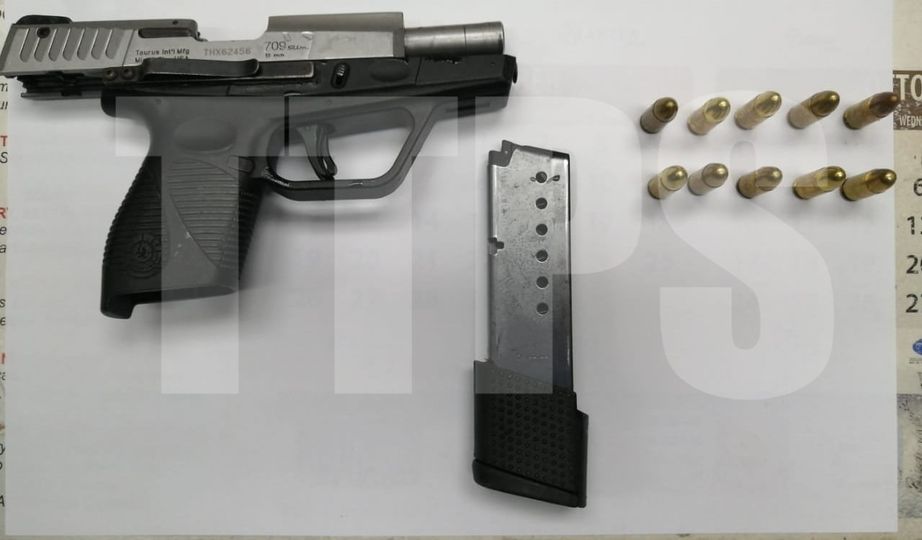 One man was arrested and a firearm and quantity of ammunition seized during an anti-crime exercise conducted in Sangre Grande early this morning.

The exercise, coordinated by ACP Andy Belfon, Snr. Supt. Ramdeen, Supt. Edwards and W/ASP Powder, was conducted between 1 am and 4 am, on Saturday 7th August, 2021 and included officers of the Northern Division Task Force, Area East (NDTF-E), NDTF-E Intelligence Unit, Arima Operations and the Canine Unit.

During the exercise, officers proceeded to Vega De Oropouche, Sangre Grande, where they conducted a search of the home of a 41-year-old male suspect.

The search resulted in officers finding one black and silver Taurus pistol loaded with a magazine containing 10 rounds of ammunition.

The man who was in the house at the time of the search, was arrested in connection with the find.

July 5th date for the resumption of government construction 0