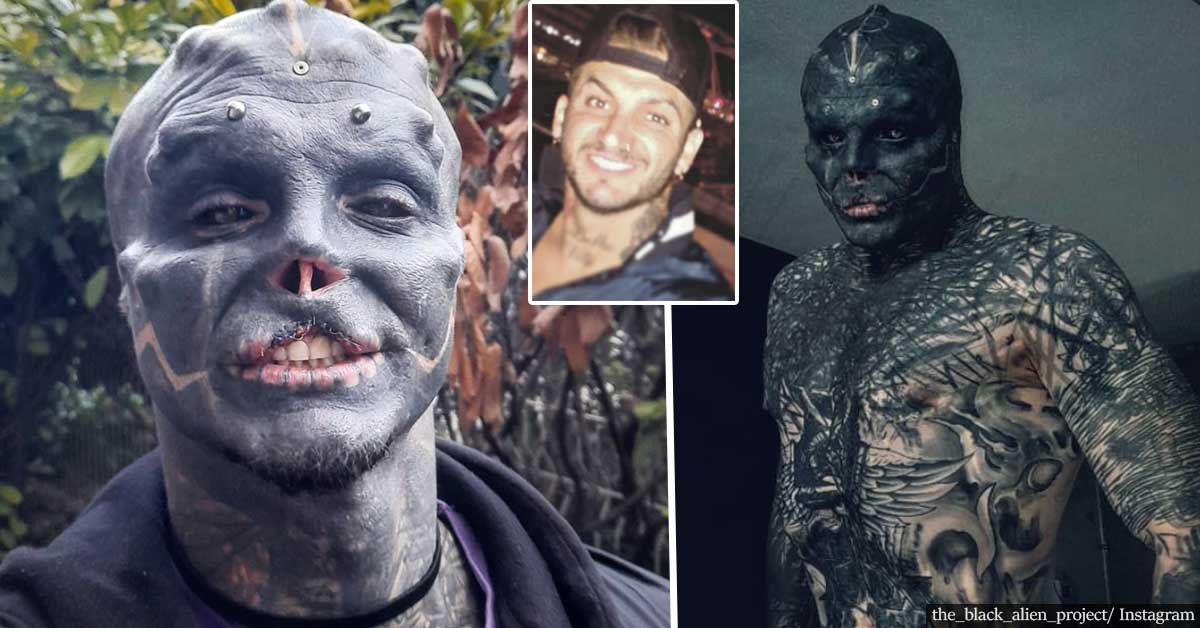 Man Has Nose Removed to Look like A ‘Black Alien’

A man who wants to look like a “black alien” has his nose removed and his upper lip lost in his last shocking body modification.

Anthony Loffredo has already split his tongue and covered his entire body, including his eyeballs, in tattoos as part of his @ the_black_alien_project on Instagram.

The 32-year-old Frenchman had his nose removed in Spain as it is illegal to do so in his home country.

When talking about his last facial change, he didn’t say when he had to work, where or who, but said that he now has difficulty speaking after the lip extraction surgery.

During a live question-and-answer session on Instagram, Anthony said he dreams of taking his skin off and replacing it with metal.

Loffredo said that the next parts of his body that need to be changed are his arms, legs, fingers and the back of his head and despite his terrible look he has no problem attracting members of the opposite sex.

When Anthony talked about the extraction of his nose, he wrote on his Instagram: “Thanks to you @oscarmarquezbodymod, you’ve shaped my life. Now, thanks to you, I can walk with my head held high. I’m proud of what we did together. “

In 2017 he told the French newspaper Midi Libre: “From a young age, I was passionately interested in mutations and transformations in the human body. I had a click when I was a security guard. I realized that I wasn’t living my life the way I wanted to. I left everything at 24 and went to Australia. “

“It has become normal, even passed out, to think about my plans for the next few months,” he added.

“I love putting myself in the shoes of a terrible character. I often sit down somewhere and play a role, especially at night in the dark streets. I examine the contrast between my role and myself, ”says Anthony.