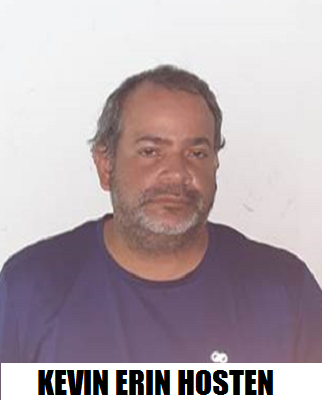 An Arima man was granted $200,000 bail by a Justice of the Peace yesterday after being charged with five counts of larceny of money.

KEVIN ERIN HOSTEN, 46, of Ana Street, Cleaver Road, Arima, was charged by a team of investigators attached to the Fraud Squad following reports made by five persons that they were fleeced out of their money.

HOSTEN was charged by PCs Gaddar, Legiere and Lutchman and will appear before a Port-of-Spain Magistrate on April 7th.

The accused was arrested on March 18th by officers attached to the Arima Police Station after one of the persons pointed him out.

The accused was subsequently positively identified on March 20th during an identification parade.

According to the victims, a man allegedly received several payments totalling $211,600 which represented the down payment for the importation as well as the delivery fee for vehicles to five buyers during the period April 2009 to April 2019.

The persons told the police that they gave a man who purported to be a foreign used car dealer money for the purchase of four Nissan Y12 AD wagons, a Toyota Voxy, a Honda CRV, a Nissan AD Wagon and Versa motor vehicles. The man allegedly failed to procure the vehicles and attempts to contact him proved futile.

Reports were lodged at the Fraud Squad and the investigative team later arrested and charged HOSTEN for the offences following enquiries and advice received from the TTPS’ Legal Unit.

Jearlean John: Attong unqualified to sit as a Commissioner on the PSC 0