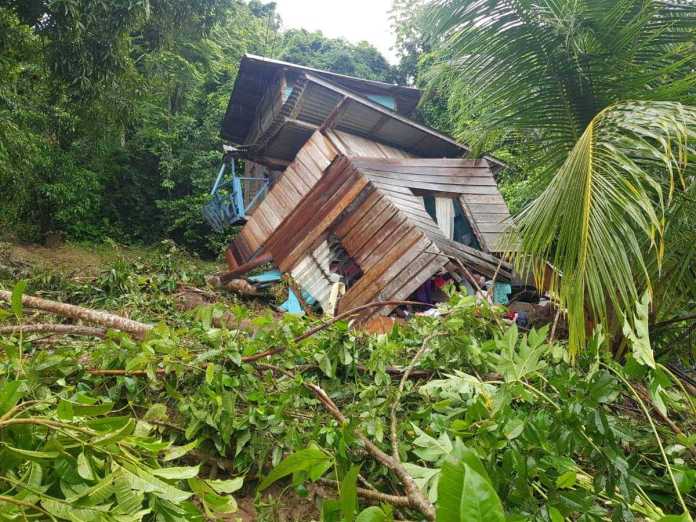 A man identified as Christopher Samuel was killed in a landslide in Rancho Quemado on Sunday morning, during torrential rain.

Santa Flora police, fire officials and workers of the Disaster Management Unit were called to scene.

Officers had to wait on fire services to clear the area before they could venture in to do their investigation.

Reports are that the heavy rainfall resulted in several landslips in the area, including one at Buenos Ayres, Erin, which has left the road impassable.