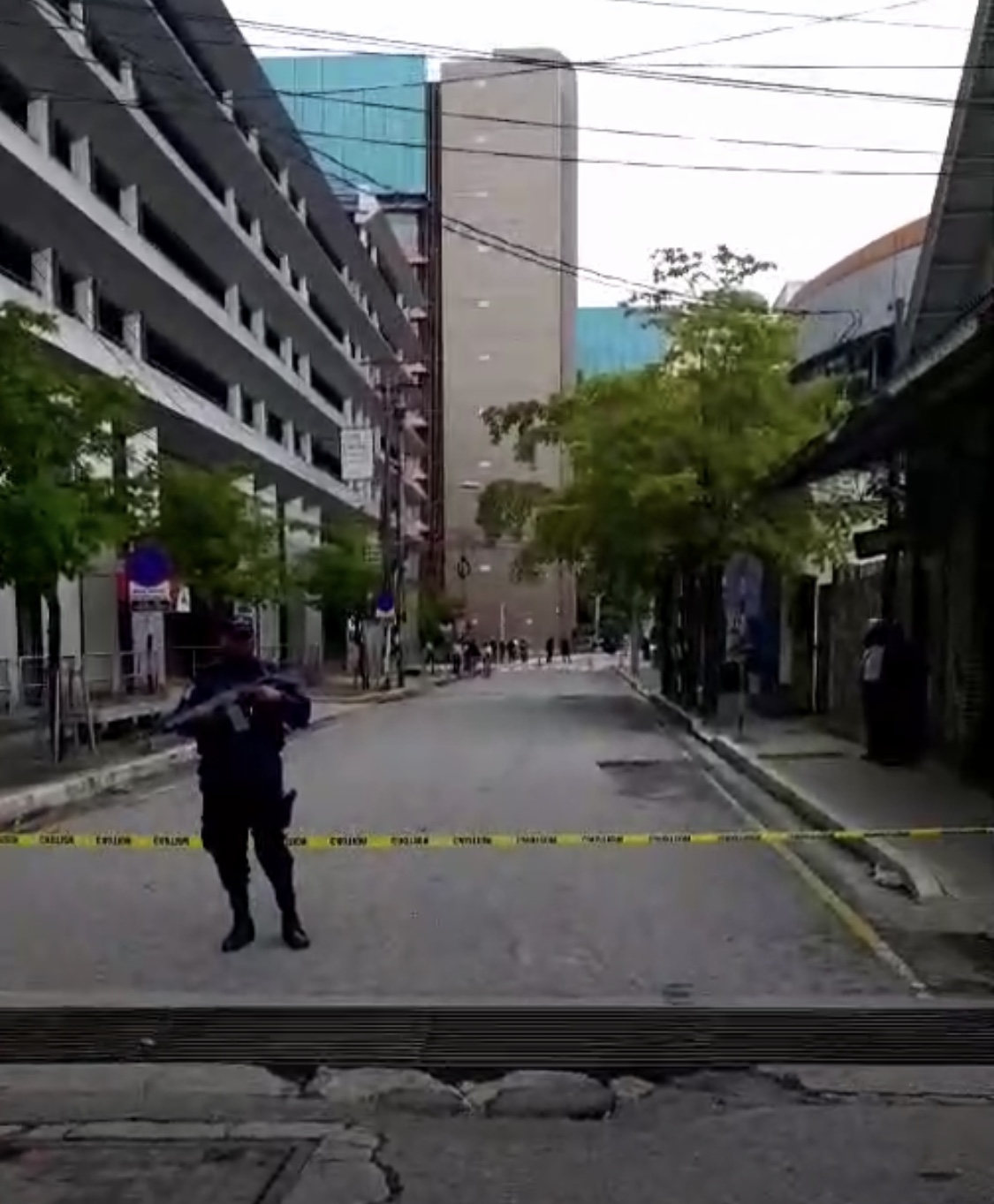 Man detained by police in connection with explosive at Parkaid

The Trinidad and Tobago Police service detained one man outside the Government Campus Plaza Parkade in Port of Spain yesterday in connection with the detonation of an explosive device at the Parkade car park around 8:00am on Tuesday.

Police initial reports indicate the man was held with items which bore close resemblance to many of the parts of the devices found at the scene of the blast on the 12th level of the parking structure.

Officers conducting investigations in the area of the multi-storey car park, offices and restaurants, said they observed a man walking around the building and looking in at stores and shops.

They stopped and searched his bag which contained items that looked similar to parts of an explosive device which was set off at the Parkade on Tuesday morning.