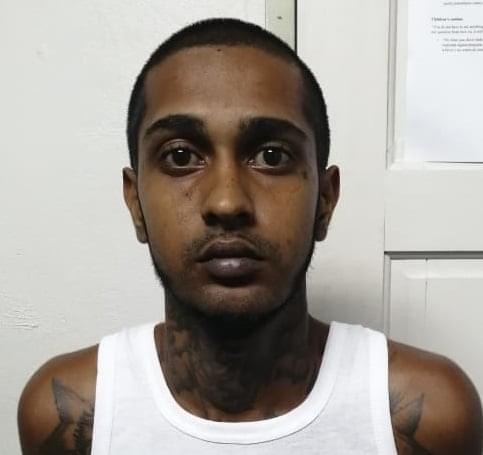 ASHTON RAMSOOGOON, of Caparo Street, Montrose, Chaguanas, was charged with two counts of robbery with aggravation earlier today. The 25-year-old is scheduled to appear virtually at the Chaguanas Magistrates’ Court tomorrow.

The charges were laid in relation to a robbery that occurred on Tuesday 13th October, 2020 at a doctor’s office in Montrose, Chaguanas.

An armed man entered the doctor’s office at about 3.15pm and announced a robbery. He proceeded to rob two victims of cell phones and cash, which included the earnings for the day. The suspect then fled on foot.

Enquiries were conducted by the Chaguanas Criminal Investigations Department (CID) and CID Operations in the Penal District. The suspect was arrested on Monday 19th October, 2020 while conducting sales at a green wooden parlour located along the Penal Rock Road. He was placed on several identification parades and was positively identified in relation to the robbery.