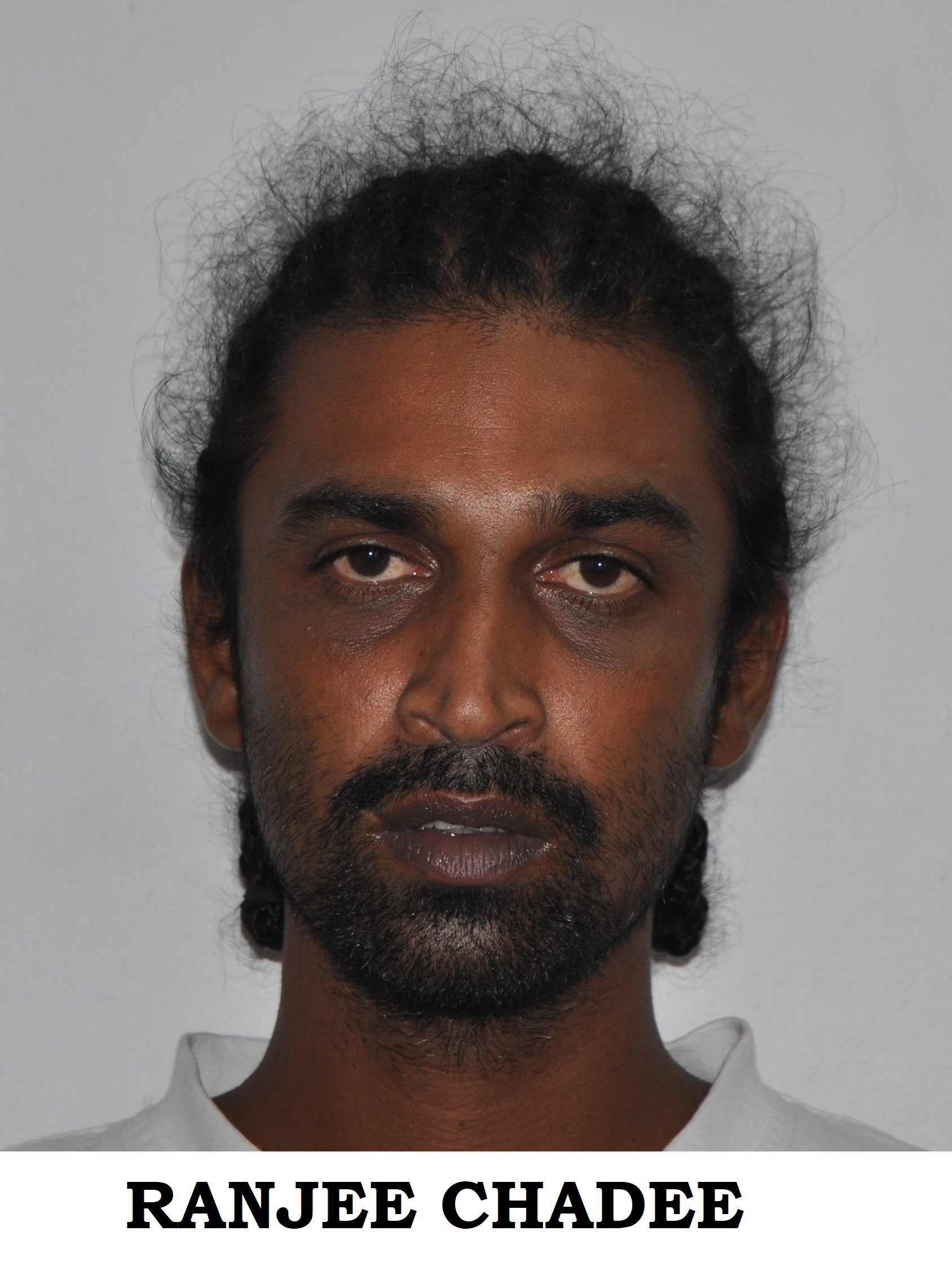 Ranjee Chadee appeared virtually before Magistrate Cheron Raphael at the Arima First Magistrates’ Court, today, Friday 16th October, 2020, to answer to charges of being a gang leader under Section 6 of the AntiGang Act No 1 of 2018, and trafficking in marijuana.

Chadee, who was wanted by police for engaging in gang-related activities, arrived at the Piarco Police Station with his attorney on Wednesday 14th October, 2020.

He was arrested and charged on Thursday 15th October 2020, on the advice of Director of Public Prosecutions, Roger Gaspard SC.

The trafficking charge arose out of an incident on Thursday 12th September, 2019, where officers of the Northern Division Gang Unit intercepted a fielder wagon motor vehicle, where the suspect was one of the occupants along with other persons.

The vehicle was searched and police found and seized 16.1 kilogrammes of marijuana.