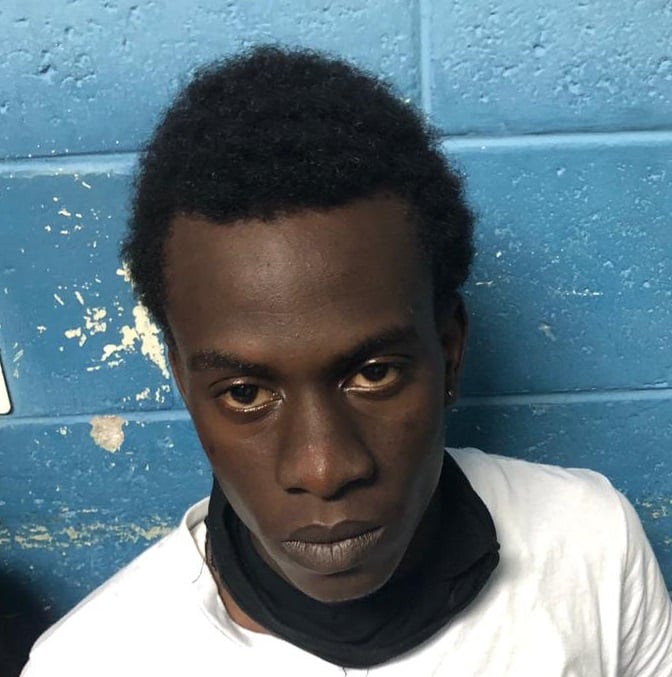 Twenty-year-old JOSHUA McMILLAN was charged yesterday with three counts of robbery with aggravation. He is scheduled to appear at the Pt. Fortin Magistrates’ Court today.

The charges stemmed from three robberies which occurred at a Pt. Fortin supermarket on December 23rd 2020, January 17th 2021 and January 26th 2021.

On December 23rd 2020, at around 9.47 pm four males, one armed with a cutlass, entered a supermarket located at Mainfield Road, Point Fortin. The suspects announced a hold-up and escaped on foot after taking a quantity of cash and alcohol valued at $6,227.80. Officers on patrol in the area responded, observed the suspects and a chase ensued. One teenaged suspect was arrested and the other three suspects escaped.

The second incident occurred on Sunday 17th January, 2021 at around 8 pm. Three males, all armed with cutlasses entered the supermarket and announced a robbery. They escaped after taking a quantity of cash and alcohol valued at $4,540.

On Tuesday 26th January, 2021 around 8.30 pm, two males, one armed with a hatchet, entered the supermarket and announced a hold-up. They escaped on foot after taking $2,890 from the establishment’s owner. Officers on mobile patrol in the area responded and arrested the two suspects, who were then taken to the Pt. Fortin Police Station.

Ag Supt Singh, PCs Edwards, Padilla and Constantine and WPC Dyer-Bailey continued enquiries into the incidents. McMillan was subsequently charged on Thursday 28th January, 2021. Enquiries regarding the other suspects involved are continuing.