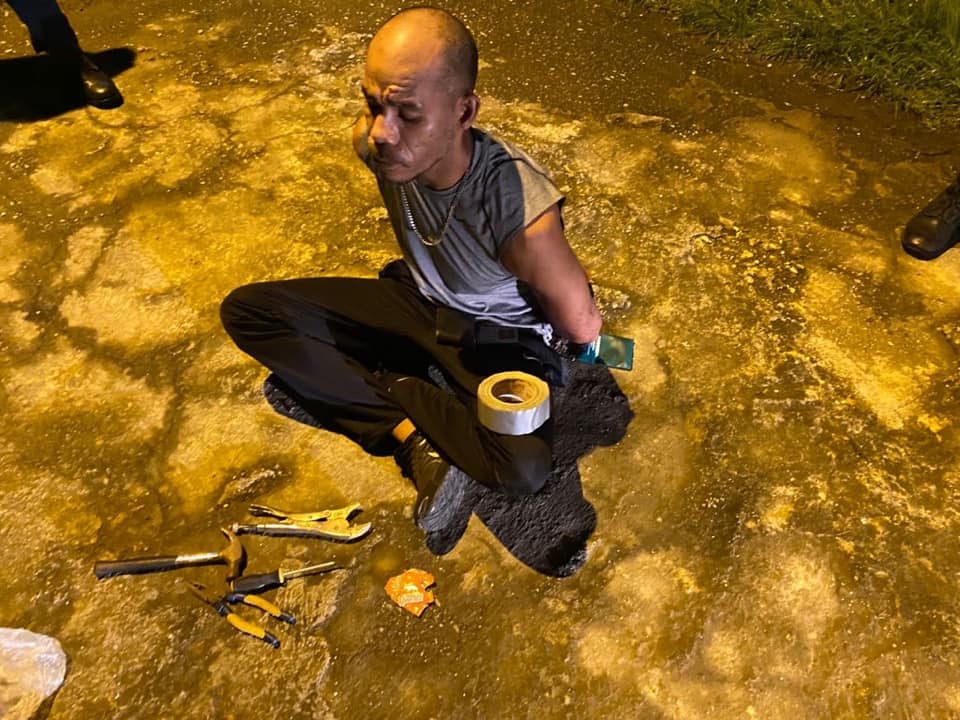 The Trinidad and Tobago Prison Service advises that on Wednesday July 07, at around 9.15 pm, a man was apprehended whilst attempting to throw a quantity of contraband over the perimeter fence on the Eastern side of the Golden Grove Prison.

According to initial reports, based on intel received, heightened joint patrols were being conducted around the prisons, which included members of the Trinidad and Tobago Air Guard. The suspect was observed for a period of time in his vehicle and was apprehended some time later as he attempted to throw the items over the fence. He was found to be in the possession of a quantity of plant-like substance and other contraband.

Senior officials of the the Prison Service were informed and the Arouca Police were called in. The suspect was taken into police custody where he is assisting officers with enquiries.

Commissioner of Prisons (Ag), Mr. Dennis Pulchan, who recently returned from Approved Vacation Leave, has noted that he will be exercising zero tolerance with any attempt to disrupt the prison, threaten his officers for doing their jobs, or any other criminal schemes.

He has commended the officers involved in the apprehension of the suspect and noted his satisfaction with the joint patrols.

The Trinidad and Tobago Prison Service continues to partner with other security agencies in upholding its mandate of safety and security for all.