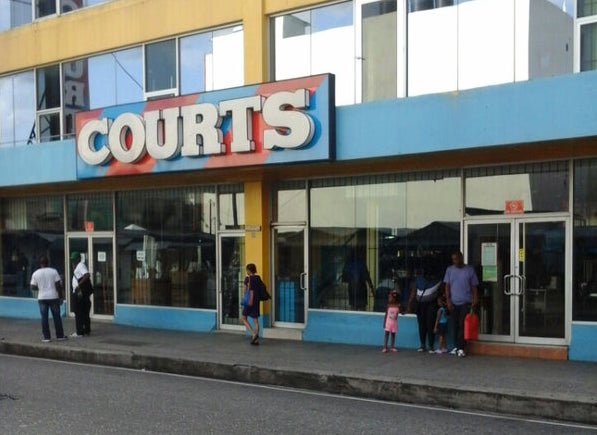 A 35-year-old Petit Valley man, who was allegedly spotted by police carrying a large fan box in Port-of-Spain on Saturday morning, is assisting detectives in connection with a report of store breaking.

The suspect was arrested by PC Subero, of the Inter-Agency Task Force (IATF), who was conducting mobile patrols in downtown Port-of-Spain on May 15th. The suspect was later handed over to officers attached to the Central Police Station Criminal Investigations Department (CID).

According to police reports, IATF officers observed a man walking east along Independence Square in the vicinity of Republic Bank holding a large box with the markings ‘Master Tech’ in his hands. The police officers subsequently challenged the man who was unable to give a satisfactory account of how he came in possession of the item.

He was subsequently detained while officers continued enquiries during which they discovered a glass broken at the Courts Furniture Store located at Chacon Street, Port-of-Spain. The officers reportedly observed a number of Master Tech fan boxes on the ground inside of the store.

With the assistance of the security officers and the store’s management who arrived at the scene soon after, the item was positively identified as belonging to the establishment.
The suspect is expected to be placed on identification parades before being charged sometime this weekend.
W/Cpl Moses, of the Central Police Station CID, is continuing investigations into the case.