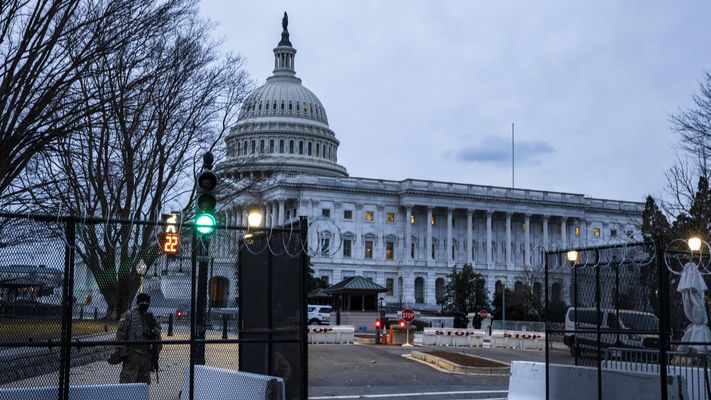 Yesterday, US Capitol Police arrested an individual carrying a gun and ammo outside the American Veterans Disabled for Life Memorial. According to the police report, he was packing a 9mm Sig Sauer handgun and 20 rounds of ammunition. From CNN:

In court documents, authorities identify the man as 71-year-old Dennis Westover. According to a police affidavit, Westover had “Stop the Steal paperwork” with him “that had a list of Senators and Representatives” in both the US Congress and West Virginia state house, along with their contact information.

In an interview with Capitol Police detectives, Westover said that “he was concerned about the honesty and integrity of the election.”

“He said we have some polar extremes of opinion in this nation and that while he believes there was election fraud at this point it is a moot point. He said that, ‘The process I am engaged is righteousness, justice, and truth,’ ” a police officer wrote about the interview.

Westover was “animated” and “shouting” at National Guardsmen on the inside of the perimeter surrounding Capitol Hill when police first approached him Wednesday, according to another police affidavit.

According to court documents, Westover told detectives during an interview that he “was concerned about the honesty and integrity of the election, and now he listens to both sides.”

The documents said Westover, who was cooperative during his arrest and questioning, said “we have some polar extremes of opinion in this nation” and that while he “believes there was election fraud at this point it is a moot point.”

Westover also said “the process I am engaged in is righteousness, justice, and truth,” according to the documents.

Westover was released on his own recognizance after a hearing Thursday in a court in Washington. A public defender was appointed for Westover, who could not immediately be located for comment.