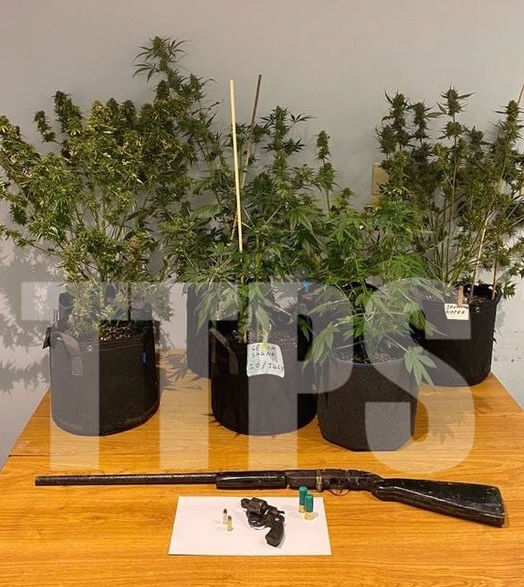 Two firearms and a quantity of ammunition were seized and a 34-year old man was arrested for marijuana cultivation during an Operation Strike Back 3 exercise in St Joseph yesterday.

Based on information received, officers of the St Joseph Police Station proceeded to Mt. D’Or Road, Champ Fleurs, and in a bushy area in the vicinity of the Community Centre, the officers found one Smith and Wesson .38 revolver with two rounds of .38 special ammunition. The firearm and ammunition were seized.

As the exercise continued, the premises of a 34-year-old man of St Augustine was searched and seven fully grown marijuana plants were found and seized. The man was arrested for cultivating marijuana.

Later on into the exercise the officers proceeded to Orange Grove Estate, Tacarigua, and upon searching a bamboo patch near the river bank, the officers found one 12-gauge shotgun containing two rounds of 12-gauge ammunition.