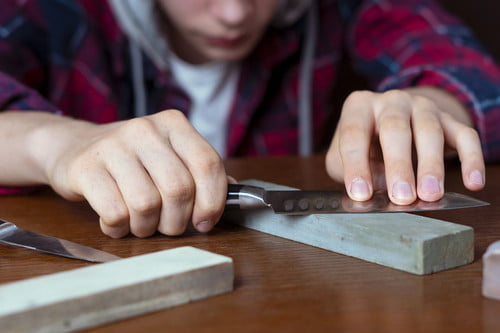 A Florida man has been arrested Thursday evening following a violent dispute with his brother.

David Martinez, 35, was taken into custody after reportedly threatening to “cut the gay out” of his brother while sharpening a large kitchen knife.

Authorities told local TV station WPLG that Martinez’s brother said he had been acting strangely since the previous night.

According to reports, the victim tried to leave the house when his brother threatened to kill him.

However Martinez followed him outside, grabbed him, and demanded that he come back inside.

Fearign for hsi life, the victim returned to the house with Martinez but eventually managed to run outside where he contacted a friend who called the police.

When police arrived, they attempted to detain Martinez, but he reportedly “became irate” and a struggle ensued.

Martinez was then grabbed by officers and “redirected to the ground”.

He was then taken into custody without further incident after more officers arrived.

Martinez was arrested and charged with aggravated assault with a deadly weapon, kidnapping, and false imprisonment, all of which are felonies and carry the possibility of a life sentence.

CEPEP workers to receive two-thirds of their salary 0