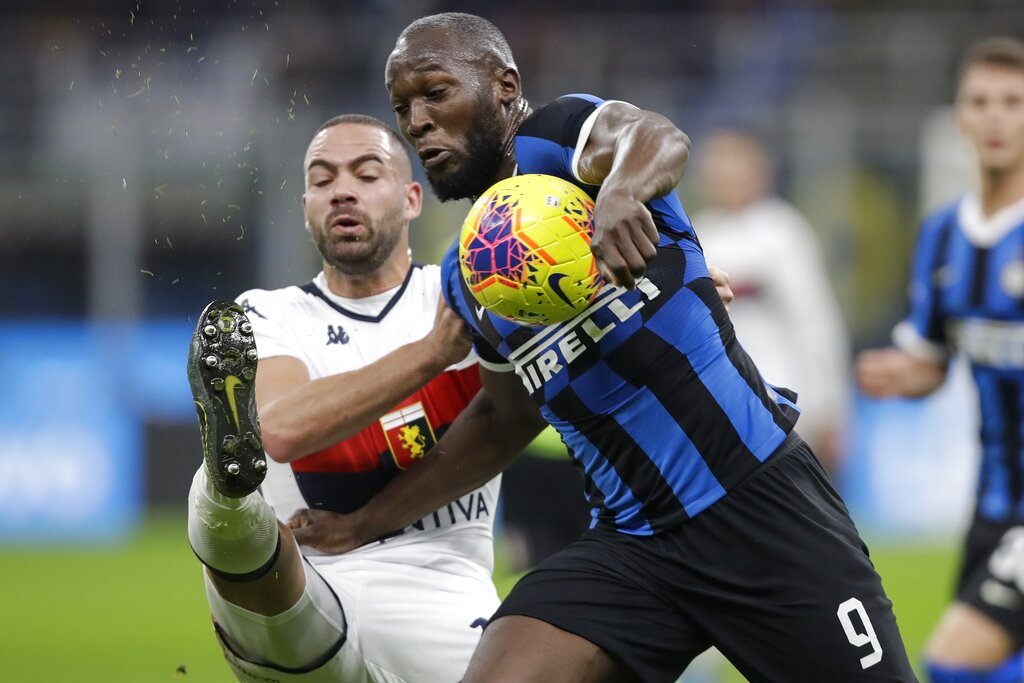 Roberto Gagliardini and 17-year-old Sebastiano Esposito were also on target as Inter pulled level with Juventus on 42 points from 17 games.

Inter lead with the better goal difference although if teams finish the season level on points, the head-to-head rule is used.

The win was a relief for Inter, who had drawn their last two league matches and been knocked out of the Champions League with a home defeat by Barcelona in between.

Inter went ahead when Antonio Candreva’s cross was diverted into the net by a Lukaku header after 31 minutes and Gagliardini scored the second two minutes later with a deflected shot.

Genoa, 19th in the 20-team table, mustered their first shot on target on the hour when Antonio Sanabria’s low shot was turned around the foot of the post by Samir Handanovic.

Esposito then added Inter’s third from a penalty in the 64th minute, his first goal for the club.

Lukaku had the final say in the 71st minute when he collected the ball outside the area, moved forward, skipped past a defender and rifled a left-foot shot in off the crossbar for his 12th league goal of the season.