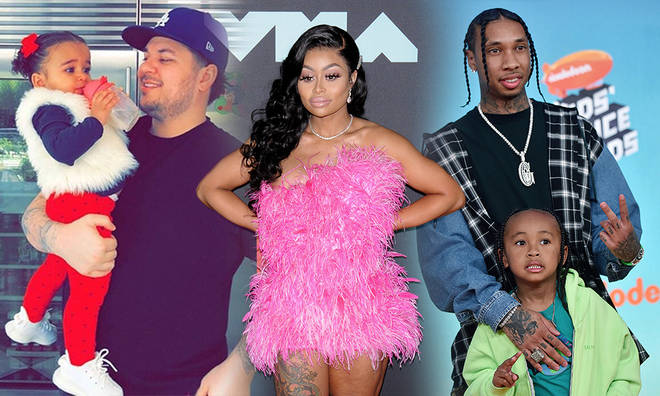 Love Triangle: Blac Chyna gave up three cars due to no child support from her exes – Tyga and Rob respond!

Blac Chyna is being open and honest with fans about what’s been currently going on in her life.

The model and former reality star took to Twitter early Wednesday to share that she has been receiving no support from her exes. Chyna explained, “Yesterday I had to give up 3 of my cars …my reasons… morals, beliefs, being a single mother, no support I’m a MAMA.”

Chyna shares a son with rapper Tyga and a daughter with Rob Kardashian.

In response to tweets from Chyna, 33, in which she said she receives “no support” as a “single” mother, both Kardashian and Tyga revealed their financial contributions.

“I pay $37k a year for my daughter’s school. I handle every single medical expense. I pay for all her extracurricular activities. I have my daughter from Tuesday-Saturday. Why would i pay child support lol,” Kardashian, 35, commented underneath The Shaderoom’s post featuring a screenshot of Chyna’s tweets.