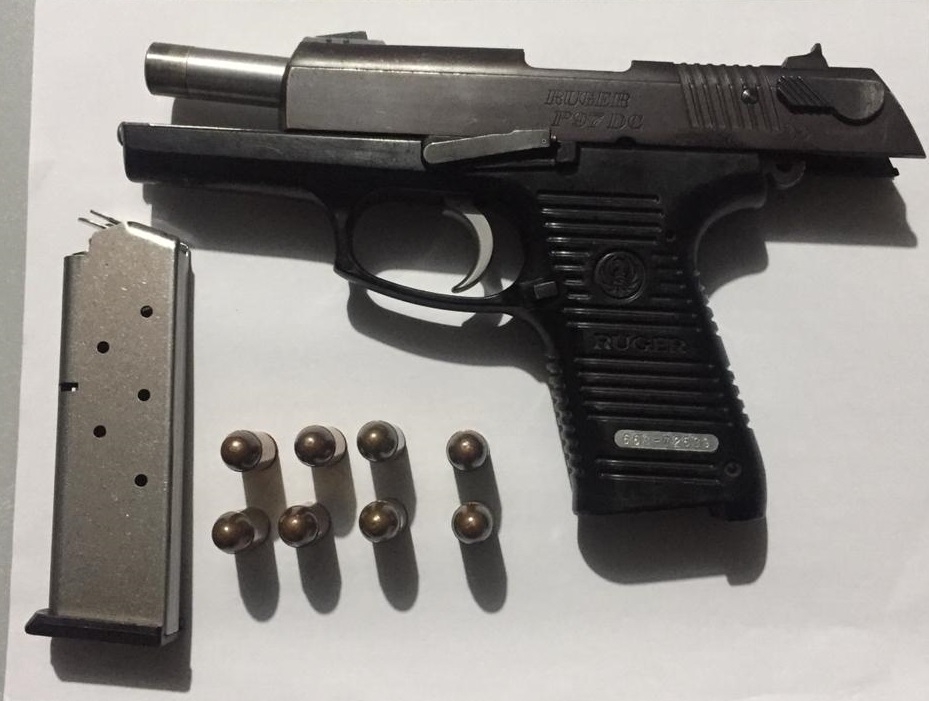 A 35-year-old man from Longdenville was arrested yesterday for possession of a firearm and ammunition.

Officers from the Central Division Task Force (CDTF) and Longdenville Mobile responded to a report around 11:20pm of a person who was alleged to be in possession of a firearm.

On arrival at the Longdenville home, the victim indicated that she had a dispute with her ex-boyfriend and that he was in the bedroom with a firearm.

The suspect was confronted by the officers and subsequently revealed that the firearm was on top of the wardrobe.
Police recovered one Ruger 45 calibre semi-automatic pistol with one magazine and eight rounds of live 45 calibre ammunition.

The suspect was arrested and taken to the Chaguanas Police Station.