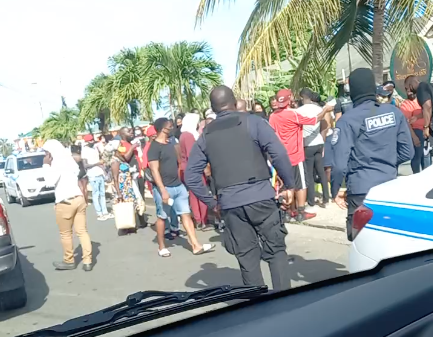 One day after the Prime Minister’s announcement that foreign investigators have been called in to help probe the $22 million Drugs Sou Sou (DSS) scandal, now comes word that the DSS has a Tobago arm, which found itself in hot water on the sister isle.

Scores of people gathered outside Shepherd’s Inn Guest, Store Bay Local Road, Crown Point, Tobago to register with the administrators and found themselves in breach of the covid19 regulations which prohibit gatherings of more than 10.

The crowd was well over the limit and caused a traffic jam, which of course led police to respond and disperse those gathered outside Shepherd’s Inn.
One report stated that seven persons were arrested for refusing to comply with police.

Maraval pipeline under repair, no water till Wednesday 0