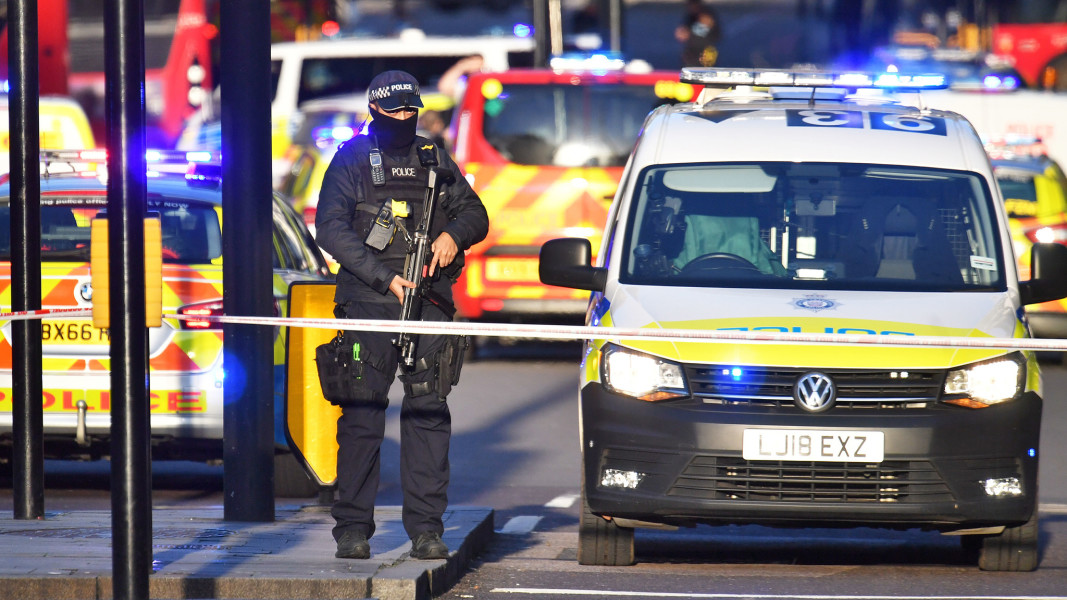 Scotland Yard and City of London Police swooped into the area after multiple people were stabbed in a building on the north side of the bridge.

Police have shot dead a man suspected of stabbing several people in what has been declared a terrorist attack in central London on Friday afternoon, officials said.

Assistant Commissioner Neil Basu told a press conference outside the Metropolitan Police headquarters that the attack on London Bridge had been declared a terrorist incident.

“A male suspect was shot by specialist armed officers from the City of London Police and I can confirm that the suspect died at the scene,” he said. “A number of other people received injuries during this incident — as soon as we can provide an update on the conditions we will.”

Basu also confirmed that specialist officers were called in response to reports that the suspect was wearing an explosive vest.

“However, I can confirm at this time we believe a device that was strapped to the body of the suspect was a hoax device,” he said.

“Officers continue to carry out meticulous searches in the area to ensure there is no outstanding threat to the public.”

The surrounding area was cordoned off and bus, subway and train stations were closed. Shops and restaurants in the area were evacuated.

Video posted to social media from eyewitnesses appeared to show armed police and members of the public crowd around a person on the ground on the north side of the bridge.

Please stay away from #LondonBridge! I just saw a man with a knife being shot in the head by police. Please be careful London! pic.twitter.com/BotIffaLJ0

The attack was first reported just before 2 p.m. (9 a.m. ET). Soon after, Transport for London confirmed that London Bridge station, a major terminal for commuters across the southeast of England, was closed.

At the same time, the London Ambulance Service declared a major incident and confirmed it had a number of crews at the scene.

Julian Hasslacher, 40, from Bristol, was supposed to deliver legal documents to a law firm near London Bridge by 4 p.m. but was unable to get through because of a police cordon.

“It’s difficult to say I guess,” he said when asked for his reaction. “A strange mixture of shock and you know I guess inevitability that this is something we live with now. It’s sad.”