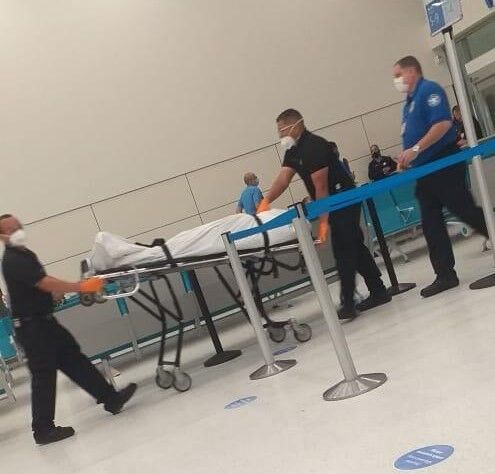 Local medics awaiting autopsy results of man who died on repatriation flight; was Covid19 to blame?

Was the death of a 61-year-old man on a repatriation flight to Piarco from New York related to Covid-19?

That’s the question that now needs to be answered following the incident last weekend.

Chief Medical Officer Dr Roshan Parasram, speaking at Monday’s Ministry of Health media briefing, said an autopsy is to be done in Puerto Rico, where the flight was rerouted too and once the results are in, this will guide the procedures to be taken with the rest of the passengers on that flight.

Caribbean Airlines Flight 3525, which left JFK International Airport at 7.20 pm on Saturday, was expected to arrive with about 100 TT nationals before midnight on that night. But while the flight was in Puerto Rican airspace, the 61-year-old man fell unconscious and could not be resuscitated.

Parasram noted that in the interim, all the other passengers are expected to continue with the regular procedures when returning from medium- to high-risk countries. They will undergo seven days quarantine in a state-controlled facility, and will be tested on the first and seventh day.

Parasram said the Ministry of Health gets involved with the repatriation process after an exemption to enter TT is granted. He said repatriating people with pre-existing conditions happens frequently.

He said the medical team in TT was prepared for the return of the flight, but was informed of the death and the reroute of the flight.