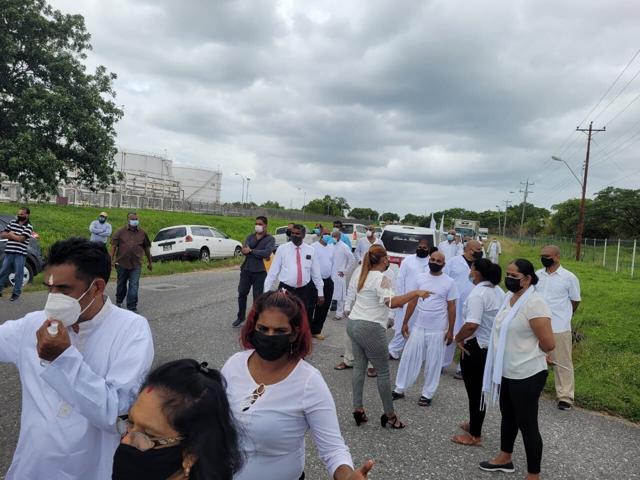 Police locked the gates of the Caroni Cremation site this morning after the bodies of eight people due to be cremated and their respective family members showed up.

The Tunapuna/Piarco Regional corporation stated that the families had no permission or approval for the funerals, and that there were too many people, as under the Public Health Regulations, ten persons are allowed to attend funerals.

But, an Express report said that the various funeral homes had permits for the funerals.

The matter was later resolved when Local Government Minister Kazim Hosein appeared.
The police reopened the gates to allow two cremations at a time, with eight person being allowed in for each funeral.