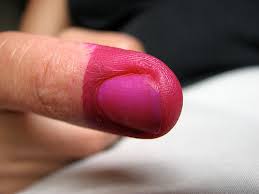 The Office of the Prime Minister says Monday January 25 next year is Polling Day for Bye-Elections in five Electoral Districts/Municipal Corporations.

The OPM says following the General Elections held on August 10th and the election of several Councilors as Members of Parliament in the House of Representatives, several Municipal Corporations and the Borough held Statutory Meetings in August and September and confirmed vacancies of the seats of Councilors in five Electoral Districts and Corporations.

Black Alien cuts off fingers to create a claw 0